Fresh out of the 2012 AOU Amusement Expo in Japan, Namco Bandai has announced a new update to the arcade title Tekken Tag Tournament 2. The new version is called Tekken Unlimited Tag Tournament 2 and is slated for release this spring in Japan arcades.

According to Twitter posts from Tekken producer Katsuhiro Harada, the update will now allow players to play one-versus-one matches like regular Tekken in addition to the past game's tag play. Further, players have the option to fight in one-versus-two matches.

Harada clarified that the gameplay for that mode will be balanced so that a player using a single character can cope against two opponents. The update also features pair play, where four players fight each other much like in Scramble mode in the upcoming Street Fighter X Tekken. There is no word on whether the arcade update will be released outside of Japan.

The console versions of Tekken Tag Tournament 2 will be arriving on shelves this holiday season. For more information, check out GameSpot's recent coverage on the title. 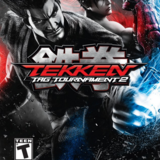