Team17 To Publish Tactical FPS Shooter Ready Or Not

The publisher behind Blasphemous and The Escapists is stepping behind the thin blue line to bring Ready or Not to Steam Early Access.

Team17 has announced that it'll be teaming up with developer Void Interactive to publish its tactical FPS game Ready or Not. Sharing a few similarities with Ubisoft's popular Rainbow Six Siege and the cult classic SWAT series of games, Ready or Not sticks firmly to the thin blue line of law enforcement and focuses on an elite team of operatives being sent into hostile territory.

Players will have to think tactically and use an assortment of special gear such as riot shields, mirror guns, smoke grenades, and more to rescue civilians. Several modes will also be available, with Void Interactive emphasizing that the game is built around realistic non-military combat situations and that players can also use non-lethal options to take down and arrest criminals.

"We've been working hard to make Ready or Not an immersive and engaging tactical shooter, and have already attracted a keen and excited community around the title,” Void Interactive chief executive officer Julio Rodrigeuz said in a statement. "We're thrilled that Team17 shares the same passion and ambitions for the game as we do, and we're already working together to deliver an immersive and adrenaline-fuelled experience."

If you're interested in seeing more of Ready or Not's gameplay, which also includes projectile expansion and momentum, plate dynamics, and a speech recognition system for commanding players and NPCs, you can check out the game's Steam page. There's no concrete release date yet, but Ready or Not will be made available as a Steam Early Access game later this year.

Team17 is a veteran of the video game industry, having made its name with the Worms series of games, and has also published several titles including Yooka-Laylee and the Impossible Lair, Blasphemous, and The Escapists in recent years. 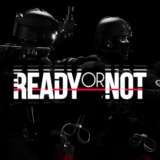 View Comments (5)
PC
Ready or Not