Half-Life players with a taste for the Quake teamplay mod will soon get a free fix with new add-on.

Back in the early days of Quake, there were mods everywhere. Added levels, new and strange weapons, Total Conversions, and new character skins; in short, Quake fans weren't just action-shooter fanatics, they were amazingly savvy gamers with a taste for creation.

The conversion that made the most impact, Team Fortress, brought added gameplay to the standard teamplay/multiplayer mode. The modification focused on one thing and one thing only – the only way you'll win is by working as a team.

Character classes had distinct weaknesses and new abilities. Players had to learn how to balance those strengths and weaknesses to make their characters the best they could be. Now, some of the original Team Fortress designers are hard at work on a new project. They continue to hone their skills under the direction of Gabe Newell, cofounder of Valve Software.

Valve's first title, the first-person shooter Half-Life, has become a household word with most gamers. This is due to Half-Life's complexity, mood, storytelling ability, and new multiplayer options. The Team Fortress crew still remembers what brought it to Valve in the first place and has convinced Valve to begin work on Team Fortress 2 – set to be Valve's second title and the follow-up multiplayer stand-alone title for Team Fortress.

Until Team Fortress 2 is released, the boys at Valve have decided to put the original TF into the hands of current Half-Life gamers with Team Fortress Classic. TFC will serve three purposes. First, it will release as a free download (just under 10MB) for all Half-Life players through its game modification database. Secondly, it will help drum up support for its Half-Life SDK, so level and mod designers will come to use Half-Life as their engine to power their latest creations. And lastly, the add-on will help to get people talking about the upcoming Team Fortress 2.

TFC will contain five new levels: 2Fort, The Well, Canal Zone, The Rock, and Hunted (the original only had two levels). Two of the new maps were also built by the developers of the original Canal Zone map - David Sawyer and Matt Armstrong.

TF Classic levels can accommodate up to four teams (although some will only allow two or three teams). When players first comes into a game, they can decide which color team they want to play on, or they can select AutoTeam, which will place them in the team with the least amount of members.

We had a chance to play the game against some of the Valve staff, including Gabe Newell and John Guthrie. While the game was fun, it really needed more then four players to make it more interesting. But knowing how much the multiplayer masses love new gameplay options, I predict TF Classic will be an instant hit, with its new levels, added strategy, and free download.

At the same time Valve releases TF Classic download, it will also release its Half-Life Linux server. The add-on should be available for download in the next few weeks for mass consumption. In the meantime, here's the latest screenshots and a brief description of all nine character classes from the read.me file in the upcoming Half-Life add-on:

Scout:The scout class is the fastest-moving of all classes, and the lightest armored. A scout can wear a maximum of 50 armor. He only carries the crowbar, single-barrel shotgun, and the nailgun, and has a low ammo-carrying capability. His grenade types are caltrops and concussion – neither of which are very useful for damaging enemies, but great for escaping from them. He is of the ideal class for swift recon and flag capturing, and his grenades are a good way to sew confusion among enemy ranks, allowing for easy kills by supporting teammates.

Sniper:The sniper class moves at a medium speed and wears as little armor as the scout class: a maximum of 50 armor. A sniper carries the crowbar, nailgun, and sniper rifle. He has normal hand grenades. His sniper rifle makes him the ideal class for long-distance defense, but his lack of close-range weaponry means he's got trouble if the opponent should get within range.

Soldier:The soldier class is the basis of a TF team. A soldier moves more slowly than most classes, but he makes up for it with the weaponry and armor he carries. He can wear a maximum of 200 armor. He uses the crowbar, the shotgun, the super shotgun, and the rocket launcher. His grenade types are hand and nail.

Demoman:The demolitions man moves at medium speed and wears an average amount of armor.He uses the crowbar, the shotgun, and the grenade/pipebomb launcher. His grenades types are hand and mirv. At close range, the demoman is particularly dangerous. His main weapons are his grenade launcher and hand/mirv grenades, and with them he can clear rooms in seconds. But at long range, he's in trouble.

Due to his speed and weaponry, he's a good offensive class but with his pipebombs and mirvs, he's often used as the last line of defense. He carries a dual grenade/pipebomb launcher: The grenade launcher operates as normal.

Read about five more character classes on the next page.Combat Medic:The combat medic class is a medium-speed class with average armor. The combat medic uses the medikit/bioweapon, the shotgun, the super shotgun, and the super nailgun. His grenade types are hand and concussion. Good in most situations, the medic is good at close or medium range, and packs enough punch to kill any of the lesser-armored classes. The medic is a good addition to offensive teams, and an even better addition to defensive groups because of his use of the medikit. A great class for clearing out snipers that are pinning a team down.

Heavy Weapons Guy:The heavy-weapons guy is the slowest moving and most heavily armored class. He uses the crowbar, the shotgun, the super shotgun, and the assault cannon. His grenade types are hand and mirv. From an almost purely defensive class, the heavy-weapons guy can kill any fully armored enemy with a few seconds of concentrated fire from his assault cannon. Mainly effective in open areas, he can be killed by weaker classes if they've got plenty of cover, due to the time it takes for his assault cannon to spin up and down.

Pyromaniac:The pyro class is a medium-speed, well-armored class. The pyro uses the crowbar, the shotgun, the flamethrower, and the incendiary cannon. His grenade types are hand and napalm. From a good support class, the pyro often finds it hard to kill enemies on his own. Given time, most enemies burn to death, but by then the pyro's probably been killed. Due to his ability to knock chunks off the enemy, the pyro is a great first line of defense. Any enemy getting past him will almost certainly be half-dead.

Spy:The spy class is a medium-speed, fairly lightly armored class. The spy uses a knife, a tranquilizer gun, the super shotgun, and the nailgun. His grenade types are hand and hallucinogenic. From a fantastic infiltration class, the spy can often get inside incredibly well-defended bases. His limited weaponry makes him a weak fighter, but if enemies are unaware of his presence, he can kill them before they can blink.

Engineer:The engineer class is a medium-speed, fairly lightly armored class. The engineer uses a spanner, a railgun, and the super shotgun. His grenade types are hand EMP. From a good defensive class, the engineer works primarily as a support . With his ability to repair armor, create ammo, and build structures, the engineer increases the strength of a group of defenders tenfold. 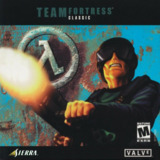