Develop 2011: Hello Games' Sean Murray opens up on the challenges of working for oneself, 60-hour working weeks, and why the world needs independent developers.

What was said: Speaking about "The Five Taboos of Indie Game Development," Murray attempted to shed some light on the reality of indie game development as opposed to the fantasy.

Murray started off by pointing out that the glamorisation of indie development actually makes succeeding harder. While there are plenty of success stories that make indie development seem attractive, they don't prepare you for the reality as the failures simply go unreported, said Murray. It also means many startups, including Hello Games, have unrealistic time scales for development.

The reality of indie development is typified by guilt and lots of hard work. This is reflected by 60-hour--or longer--weeks. "Team Bondi had it easy," Murray said, quoting a response to a small survey he ran of indie developers. However, he admitted that the circumstances indie developers found themselves in were probably better. The motivation from knowing that funds are limited and that you're working for yourself makes things easier--being locked into a cycle like that for your own game can allow you to be more creative, and the sheer focus often leads to the best new ideas.

Talking about the joy of creating things for oneself, Murray said that "the reality of eating ice cream every day for every meal would probably be similar," meaning that it seems like a great idea, but it gets old very quickly. The reality of development can also hit hard; it's not all sitting in coffee shops writing code, or lounging in the garden creating artwork. "You can't go through [the certification process for PSN] in your garden, on your laptop, without a shirt on," he said, offering one of several examples of situations where reality will really hit home.

Despite this, the innovation from indie studies is essential to the games market, Murray said. The Electronic Entertainment Expo's main presentations this year contained "a lot of gimmickry," he explained, suggesting that new genres and innovative games were much more important than the rush towards 3D and motion control systems. There were new and interesting things being presented, but only by the smaller studios who were struggling to be heard.

Takeaway: Those who start up their own studios to make a game are going to find the experience vastly different from their expectations. But it's not just worth the effort; it's essential for the future of the industry as a whole.

Quote: "Apart from the first week, no one is ever happy ever again." Murray's view on the happiness cycle of indie development. 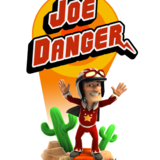