Akihabara is a district in the city of Tokyo, Japan. Nicknamed by locals as Akiba, the area is renowned for its collection of stores and arcades featuring an assortment of video games, anime, manga, and electronic wares. Because of this, it has become strongly associated with the otaku subculture.

Set in present-day Akihabara, Akiba's Trip: Undead & Undressed embraces this subculture. Protagonist Nanashi is an otaku regular in the area who finds himself unwittingly in the position to save the district against demonic invaders. While I was initially hesitant about Akiba's Trip, the 30-minute hands-on preview I had with it on the PlayStation Vita left me eager to explore the rest of the game.

This was largely due to the game's faithful recreation of the real-life Akihabara. Several areas are incredibly accurate replicas of their real-life counterparts, and developer Acquire has even obtained the licensing to feature genuine advertisements used in Akihabara on loading screens.

Akiba's Trip: Undead & Undressed finds Nanashi drawn into a plot that sees Akihabara taken over by demons. Following a confrontation with a goateed antagonist, a mysterious girl named Shizuku grants him demonic powers to save his life. The two join forces to fight to save the district from control of the blood-sucking demons.

These demons are stronger and faster than the average human, but sport a mortal weakness to sunlight. Defeating these demons requires exposing them to the sunlight which burns them from existence, and this is achieved by ripping their clothes off.

The mechanic sounds sketchy, but after my first battle with two (male) demons, I approached it rather seriously. Enemy clothing is divided into three areas: head, middle, and bottom. The player must fight opponents until one of these areas flashes red, indicating an opportunity to dive in and make a show of, well, ripping off an article of clothing from the enemy.

Despite my initial onset of incredulity and laughter, it became clear to me that battles were better approached with a little more strategic intention. Stripping down opponents step-by-step made sense, and the combat itself felt like that of a third-person brawler, with button presses equating to a series of punches and kicks strung together to form combos.

That isn't to say that Akiba's Trip does not shy away from debauchery; fan service of the anime/manga variety was definitely present. Girls dressed as maids and unavoidable panty shots were just some of what I encountered. For the hardcore fans, publisher XSEED confirmed that both Japanese and English audio options will be available upon release.

Still, what surprised me the most was the touch of self-awareness the game alluded to. Akihabara is a bastion of consumerism, and the game's protagonist Nanashi was thrown into his predicament as a result of his obsession for collecting figurines. The promise of new collectibles was the catalyst which set off the initial chain of events, with even the antagonist commenting and taking advantage of this weakness for material goods. This social commentary on consumer culture is interesting given the game's setting, and I am curious to see if it is explored further.

Akiba's Trip: Undead & Undressed was initially unappealing because of its seemingly shallow subject matter, but the game's battle and item system set to the backdrop of a faithful recreation of one of my favourite areas in the world piqued my interest. I'm looking forward to picking this one up for the PlayStation Vita or PlayStation 3 when it makes its debut in the Western market later this year. 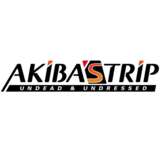