GameSpot editors place their bets on GTAV's setting and characters in anticipation of next week's trailer.

Leave it to Rockstar to send the Internet into a collective tizzy with nothing more than a tweet and a JPEG. Fortunately, yesterday's vague announcement of Grand Theft Auto V did include word of a full trailer coming next week that will almost assuredly shed some more light on this sequel. So with those details on the horizon, we figured we'd take a stab at guessing what's going on with the fifth-numbered installment in this open-world action franchise. 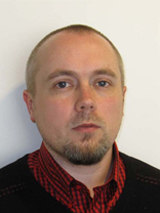 Where's it set? Current rumors suggest a return to the Los-Angeles-inspired Los Santos and, more specifically, to Vinewood, GTA's take on Hollywood. That would make sense given that one of the characters Rockstar was advertising for actors last year was an aspiring actress, but then dreaming about making it big in Hollywood doesn't even guarantee that she's made it to Hollywood. So I'm not entirely convinced. Given that the GTAV logo has a look of currency to it, I'd like to think that the series might be heading somewhere new in the form of Washington DC. Maybe it'll even feature nearby Baltimore and draw inspiration from one of my favorite TV shows ever, The Wire.

When's it set? I'm probably way off, but I'd love to see GTAV set in the '60s and '70s. Those were an eventful couple of decades in American history, and I think it'd be fascinating to see Rockstar North tackle things like the JFK assassination, Martin Luther King's speech, the moon landing, and the Vietnam War.

Who's it about? I think GTAV might expand on what GTAIV did with its Lost & Damned downloadable content, which on a few occasions afforded you an opportunity to experience events you'd already played through in the main game from a different protagonist's perspective. I daresay all of the protagonists will be capable of despicable deeds, but perhaps the only truly criminal one is a corrupt politician or something like that. The others could simply be characters who are demonized in game because of their beliefs or skin color and perform criminal acts only out of desperation or for what they perceive to be the greater good. 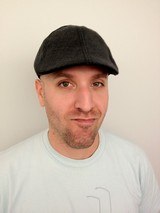 Where's it set? A fake GTA version of Washington DC (perhaps it will be called Dashington WC) seems likely. All the turmoil surrounding America's political scene and the upcoming election themes would make for some great storylines.

When's it set? Going with the present. There's just too much crazy going on right now for Rockstar to pass up.

Who's it about? The protagonist is a young street tough (I know, shocking) who eventually gets wrapped up in some massive political conspiracy when he accidentally runs over the president's dog! Also, I hope Martin Sheen does the voice--the dog's, not the president's. 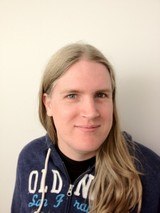 Where's it set? I predict that GTAV will see a leap in scale for the series over GTAIV, similar to that seen in the transition from Vice City to San Andreas. However, rather than taking place in one cohesive area, GTAV will be a bicoastal crime epic that will have you traveling between Vice City and San Andreas as you build a criminal empire.

When's it set? Because it directly follows the events of GTAIV, GTAV will take place in the present day; the locations will closely resemble contemporary Miami, Los Angeles, and the Bay Area. And like GTA: San Andreas, it will sometimes take you out of the urban landscape and into small towns and isolated areas.

Who's it about? You play as Patrick "Packie" McReary, a supporting character in GTAIV who, at the end of The Ballad of Gay Tony, is seen leaving Liberty City with a duffel bag. Landing in San Andreas to start a new life, you begin by doing odd jobs for various criminal kingpins, earning money until you can start buying property, and building your own drug-dealing organization. I think GTAV will incorporate something similar to the drug-dealing aspect of GTA: Chinatown Wars, but on a larger scale, and that eventually, you'll be able to have lower-ranking people in your organization handle the day-to-day duties. 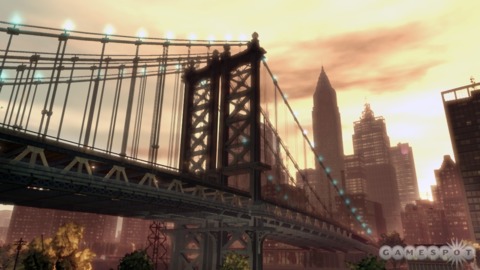 How will GTAV's setting compare to the Liberty City of IV? 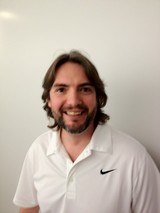 Where's it set? Here's my messed-up logic on this one: The code name for GTAV is apparently "Rush," which immediately made me think of the classic racer San Francisco Rush. That had nothing whatsoever to do with Rockstar at all, but we know the team has an appreciation of gaming pop culture. San Fiero was the homage to San Francisco in San Andreas, and there's plenty of opportunity for exploring the surrounding areas, as well as the main city. Sound logic? Perhaps not, but I'm sticking with it.

When's it set? My bet for this one is that it picks up on the same timeline as GTAIV and begins a couple of years after Niko's story.

Who's it about? The fanboy in me wants CJ to make a comeback - he was by far my favorite GTA protagonist, but I doubt they'll bring him back. If the game really is set in San Fiero, I'm thinking a lead character with an Asian background, and one that's a more liberal character, struggling with the challenges that face him and his need to go against his natural instincts and principals. 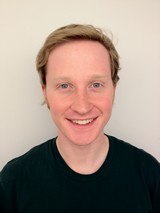 Who's it about? Born on the eve of the new millennium to a happy, well-to-do young couple, Paolo seems destined to live the good life in The Marvelous City. But when tragedy strikes, the young boy finds himself cast out on the street with nowhere to turn. Falling in with an orphan gang in the favelas, he learns to survive the hard way and rises to a powerful position by his teenage years. When a chance discovery sheds light on the fate of his parents, Paolo uses his influence to construct a double life to infiltrate the upper echelons of society and seek revenge. From his tragic change of circumstance and his gang life to his carefully crafted new persona, players will play as Paolo throughout the different periods of his life. They will eventually come to move fluidly between the underworld and the upper crust, using charm, cunning, and brute force to bend the city to his will. 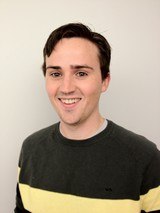 Where's it set? I'm going to go with the rumor mill on this one and concede that it'll probably be set in Los Angeles. After San Andreas, True Crime: Streets of LA, Midnight Club: Los Angeles, and LA Noire, doesn't the City of Angels deserve some time in the sun? Kidding! I'm actually quite interested to see how Los Santos would look if given the full treatment Liberty City got from III to IV.

When's it set? This is where I'll go out on a limb and guess the 1980s, if only because I feel so bad taking the safe route with my first guess.

Who's it about? Our main character is a young man from the Midwest who moves out to LA with the hope of making it big in Hollywood. Unfortunately, he doesn't, and he has to turn to a life of crime to make ends meet. He gets roped up in the seedy underside of the LA crime world, and he finally gets his acting career back on track after doing a few odd jobs for a corrupt movie producer. He may or may not have a mustache and be named Ted. 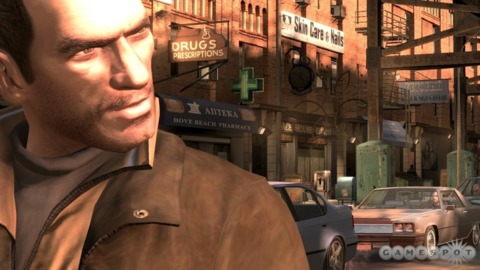 How will GTAV's hero compare to Niko? 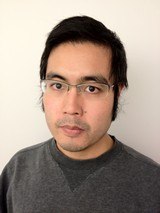 Where's it set? One look at the logo--which has the Roman numeral "V" set with the color and texture of American legal tender--makes it obvious that the next Grand Theft Auto game will take place in and around the 12 bank districts of the United States Federal Reserve, making this the most sprawling and ambitious GTA game yet. While you'll definitely have huge streets to roam in New York and Dallas, you'll also hole up inside actual reserve bank locations, testifying before legislators in quick-time events and using timed button presses to disavow any knowledge of the instability of collateralized debt objects or the plunging value of the US dollar. You'll also make use of the game's realistic, LA Noire-esque facial animations during dramatic, bullet-time cable TV close-ups, mashing the X button to affect expressions of boredom, bemusement, or mild irritation.

When's it set? The game will pick up in the mid 2000s and span 10 years, ending in 2015 just as America exports its very last manufacturing job. The game will have multiple endings, depending on whether you decide to ship America's last job to China or to India (as well as whether or not you end up getting the nation's credit status downgraded from AAA to AA+).

Who's it about? Your character will start the game as a fresh-faced MBA graduate who "gets hooked up with a job" sitting at a trading desk at the high-powered Wall Street financial firm where your uncle is a senior vice president. You'll live it up during the fat days of no-money-down subprime mortgages and soaring consumer credit card debt, but once the bottom drops out of the stock market (and the greater American economy in 2008), you'll be required to perform certain "under the table" missions to ensure that your firm definitely receives government bailout money. 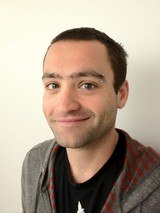 Where's it set? The game will take place in and around the southwestern United States and northern Mexico. There will be a few city/town locations. There won't be a large city like in GTAIV, but there will be enough variety in the locations. Also, the border between the countries will feature border patrol agents that you'll have to avoid

When's it set? The setting will be current day but may go into some flashback scenarios where you play as a number of different characters to give you a better idea of their backgrounds

Who's it about? You will play as an undercover DEA agent who has already been on assignment for some time (a few months), but the line between crime and justice is beginning to blur. The opening mission of the game will have you doing a really horrific execution (women will be involved) but will end with you reporting to your superior officer; you'll be given the chance to tell him what you just did (but still be vague) or feed him with a lie. Moving forward, each mission will give you the opportunity to help one side over the other, and your decisions will determine the fate of your character and those around him. As you progress, the actions you take--whether good, bad or neutral--will greatly affect the later parts of the game.

Who's it about? It's Johnny Chiodini doing his best cockney geezer routine. (Editor's note: You know, Johnny always did strike us as a young Michael Caine).

There are 539 comments about this story
Load Comments (539)