The Grand Theft Auto publisher is in negotiations to pay $10 million for Acclaim's street racer.

When Acclaim declared bankruptcy at the beginning of the month, the games on its release schedule were left hanging in limbo.

One of the highest-profile titles was Juiced, from British developer Juice Games. The tricked-out street racer had received good notices in the press, and was one of the best prospects to turn Acclaim's flailing finances around. Obviously, that didn't happen. Following Acclaim's official bankruptcy filings, Juice Games began actively shopping the game around to other publishers.

Now, it appears it's found one. Officials from Take-Two Interactive confirmed for GameSpot today that they have reached a tentative agreement to buy the publishing rights to Juiced. Under the terms of the proposed deal, which was first revealed in the New York Newsday, Take-Two would pay $8.125 million for the PC, Xbox, and PlayStation 2 rights for Juiced, and could pay up to $1.875 million in royalties if the game sold well.

While a tidy sum, none of said money would go to Acclaim. The Scottish game-development agency Fund4Games, which bankrolled much of Juiced's development, would receive $4.5 million. The rest would go to Acclaim's primary creditor, GMAC financial, which is still owed $23 million by the once high-flying publisher.

However, nothing is final at this point. Take-Two is still reserving the right to retract the offer, and Acclaim is open to bids from other companies until September 30. GameSpot will have more details on the Take-Two Juiced deal as they become available. 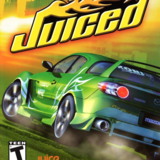