On Wednesday, Take-Two Interactive reported a record $1.5 billion in annual revenues and $97 million in annual profit, but saw its stock slide due to lower-than-expected quarterly earnings. Today, the New York-based publisher revealed the details of its 2008 fiscal year, which ended October 31, via a filing with the Securities and Exchange Commission (SEC).

Buried among the facts and figures were a series of interesting bits of information about the company. First, Take-Two spent a not-so-small fortune staving off the advances of Electronic Arts, which gave up its seven-month-long takeover bid in September. "We incurred $11.1 million of costs in 2008 related to the EA Offer and our strategic review process," the publisher reported. 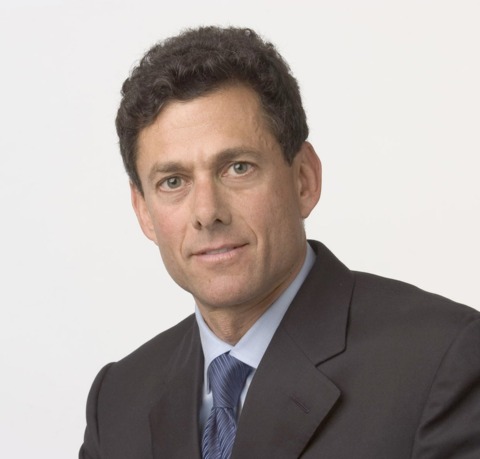 Spearheading the defense against EA's bid was Take-Two chairman and Men's Fitness cover athlete Strauss Zelnick (pictured), who presided over the company's roller-coaster ride on the NASDAQ stock market. When EA first offered $26 for each of its rival's shares, the Grand Theft Auto IV-maker's stock price went from $17 to a 52-week high of $27.95 on June 2. Once EA walked away, though, the bottom dropped out of Take-Two's share price, which was below $8.50 as of press time.

Although some executives would be fired over such a dramatic devaluation, Zelnick is instead being handsomely rewarded. Though his official annual salary is just $1, his company, ZelnickMedia, was paid $2.5 million in "management fees" by Take-Two during its last fiscal year. It also received a restricted stock grant of 600,000 shares that will vest over the next three years. Additionally, if Take-Two meets certain performance requirements, ZelnickMedia stands to receive an extra $2.5 million, and a 900,000-share, four-year vested stock grant.

Speaking of earnings, Take-Two's SEC filing also dissected its sources of revenue. Some 82.3 percent of its net publishing revenues comes from current-generation platforms. Of that, the company took in $347.0 million from PlayStation 3 games, $281.5 million from the Xbox 360, and $112.0 million in Wii sales. The former two figures were driven by GTAIV, whereas the latter owes its success to Top Spin 3, Major League Baseball 2K8, and the Carnival Games casual series. Interestingly, Take-Two considers the DS a previous-generation system along with the PlayStation 2.

Territory-wise, 43.5 percent of Take-Two's annual take came from outside North America, up from 34.7 percent the year prior. The company made $33.2 million from its deal with Capcom to localize and sell Grand Theft Auto games in Japan. Annual earnings rose by $20.4 million thanks to the strength of foreign currencies, with Take-Two crediting the surging Canadian dollar as a major factor.