Take-Two grooming Agent to be the next GTA

Ironically, the event dedicated only a few moments to a title that has the potential to be one of the biggest PS3 exclusives ever, Agent. The game is the mystery title announced in 2007 by Rockstar North, developer of the Grand Theft Auto series. Ben Feder, president of Rockstar parent Take-Two Interactive, believes the game could achieve the same level of success, given that its development is being overseen by Rockstar Games founders Sam and Dan Houser.

"We think this has the potential to be yet another great Rockstar North franchise title. ... It's the Houser Brothers and Rockstar North. It's the A team working on an AAA title. I think the subject matter, the characters, the story, the environment, the background--all the elements are there. It's such a rich environment to play in."

Speaking with GameSpot on the Electronic Entertainment Expo show floor, Feder explained the decision to develop the game solely for Sony's console. "The trade-offs a publisher will typically make is, if you're platform-agnostic, you get a larger installed base," he said. "You're platform exclusive when you get the right kind of support from first parties." 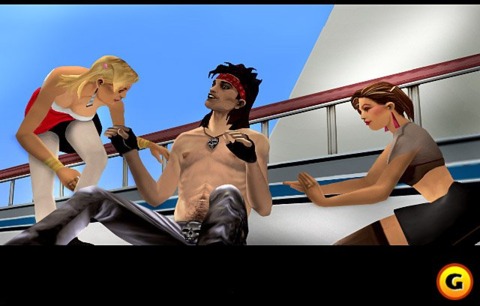 Take-Two believes Sony will offer the same kind of support that made Grand Theft Auto III, Grand Theft Auto: Vice City, and Grand Theft Auto: San Andreas--all initially PlayStation 2 exclusives--three of the top 10 selling games of all time. Said Feder, "At this phase in the cycle, when you're trying to launch a new franchise, exclusivity can really help you launch the franchise. It can give you the kind of platform that you need to start exclusive, start in the right kind of way with the right kind of partner. Exclusivity does work."

Feder is also unfazed by the fact that the PlayStation 3 is currently a distant third in the three-way console race. According to Sony, the console has a worldwide installed base of 22 million units, compared to the Xbox 360's 30 million and the Wii's 50 million-plus.

The executive also thinks Sony has plenty of time to get back on top. "I think this console cycle is going to be a lot longer than people think," said Feder. "I think it's still very early--we're definitely not in a five-year cycle, and this is going to go on for a long time. I think that's good news for developers and good news for consumers. When that console change happens, I think there will be a lot of excitement for it at that point, because technology will have had the time to really accelerate and develop."

"If you look at this console cycle and the games shown at this E3 versus the last E3, or the E3 before that--all during this console cycle--the games are looking better, they're getting more exciting, they're packing more into the games. I know we're packing an enormous amount in BioShock 2 and Mafia II--those are stunning games. You wouldn't even have seen those games two years ago. So I believe we'll continue to see more innovation in this console cycle." 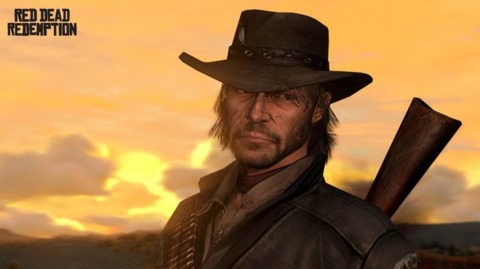 Ironically, it was the desire to create stunning games that led to the recent delay of two top Take-Two titles: Mafia II and Red Dead Redemption. "What can I say, we serve no wine before its time," Feder said. "Our number one goal is to be home for the best creative talent in the business, because that means putting the best games out. But we'll never ship a game before we know it's ready. If it needs a little bit more time, we'll give it a bit more time."

Red Dead Redemption and Mafia II are now scheduled for the first quarter of Take-Two's 2010 fiscal year, which runs from November 1, 2009, to February 28, 2010. "We haven't given any detail beyond that," he said, meaning that one or both games could still be released in calendar year 2009.

On the business tip, Feder said the reason Take-Two beat expectations during its last fiscal quarter was due to "strong performance of both catalog titles and new releases." One title, however, that didn't perform as well as analysts had predicted it would is Grand Theft Auto: Chinatown Wars for the DS, which has sold only 162,000 units during its first two months on the US market.

Feder, however, said his company was satisfied with Chinatown Wars' sales. "It's meeting our expectations. We're very happy with it. It's the best-rated game ever on the DS platform. We think that's a great success." He demurred, however, when asked if Rockstar would ever make another M-rated game for the DS. "We're partnering with Nintendo in all sorts of ways, but we make those decisions on a case-by-case basis."

As for Nintendo's console, Feder deflected questions about whether or not 2K Marin (BioShock 2) is developing a Wii project, as some of the studio's job listings have indicated. "I can't comment on that. ... I can say that, if we feel there's a market for a certain type of game on a platform, we will bring the two together."

Feder also said Take-Two was "very pleased" with the performance of Grand Theft Auto IV: The Lost and Damned. He did, however, maintain his company's steadfast silence about sales of the Xbox 360-exclusive, download-only expansion. "We haven't released numbers, and we won't," he said flatly.

The executive's recalcitrance is likely linked to the financial reasons behind the expansion's exclusivity. According to a 2007 Take-Two earnings report conference call, Microsoft paid $25 million for Lost and Damned and another $25 million for its successor, the Ballad of Gay Tony.

Despite its provocative name, Feder is confident the second GTAIV expansion will do well. "It will pack just as much, if not more value," he chimed about the $19.99 add-on. "It's got a lot of innovation, a lot of humor. I think we're going to deliver on what gamers want from us and the GTA franchise."

As for this year's expanded E3, Feder echoed many analysts' praise. "I think this is much more reflective of what the video game business is," he told GameSpot. "It's not just a showcase. I think it projects the right characteristics of the industry--growth and excitement."

Feder also felt E3 2009 was more effective in terms of deal-making than both the smaller-scale insider events of 2007 and 2008 and the massive confabs that preceded it. "I think there's more business being done this year than any time in the last five years," he declared. "Retailers are here--over 100 retailers, last I heard. And when you talk to publishers about getting business done, relationships with retailers is a big deal."

There are 543 comments about this story
Load Comments (543)