[UPDATE] Take-Two Interactive today confirmed that 2K had entered into an exclusive, multi-year licensing agreement with WWE for games to be developed by Yuke's. WWE '14 is due out this fall for "consoles" and will be the first title in the new partnership. Financial terms of the agreement were not divulged.

The original story follows below

According to the documents, Take-Two's acquisition of the license will save millions by minimizing impact on WWE and developer Yuke's.

"By working together to transition development of WWE games going forward, the parties have minimized the harm to WWE and Yuke's, which have, in turn, agreed to substantial reductions of their claims" against THQ, lawyers for Take-Two said in court papers.

Without the new agreement, the Take-Two lawyers said WWE and Yuke's claims "would certainly exceed $30 million and might exceed $60 million." Other THQ franchises, like Homefront, Company of Heroes, and Saints Row, were sold during an auction last month.

The new agreement will nullify the previous WWE and Yuke's contracts, allowing the companies to sign new deals with Take-Two. According to the documents, WWE agreed to waive $45 million in pre-bankruptcy claims, as well as royalty advances of around $7.5 million through 2017. 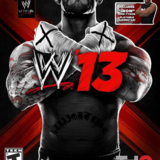