The long-running Taiko no Tatsujin games are not only a hit in Japan arcades, but they're are also mini-blockbusters on portable systems, with the most recent in the series being Taiko no Tatsujin DS: Dororon! Yokai Daikessen!! for the Nintendo DS. Namco Bandai has now confirmed it will be releasing Taiko no Tatsujin Portable DX for the PSP in the middle of the year. Like past entries, players hit the drums via button presses to match the rhythm and beat in accordance to the song being played. The music selection ranges from Japanese pop to anime themes.

The rhythm game will be out on July 14, with plans for downloadable songs after its release. 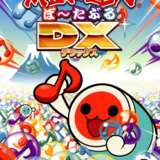