Syndicate and Chronicles of Riddick developer Starbreeze is planning to enter the free-to-play market with a new game called Cold Mercury, the company announced today on its website.

As translated by GI.biz, Starbreeze CEO Mikael Nermark made it clear this move does not signal the studio's departure from AAA game development.

"We are discussing with several leading game publishers on publisher-financed games, but we will broaden our product portfolio of games in the new business models and segments that have arisen in the games industry," he said.

In addition, Starbreeze said it continues looking for a distribution partner for its upcoming P13 project with Swedish filmmaker Josef Fares (Zozo, Leo). Today's statement did not include mention of release dates or platforms for either Cold Mercury or P13. 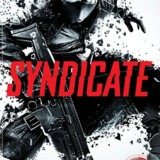