Space strategy could be in for a shakeup when this innovative strategy game ships later this year.

There's been very little innovation seen in the space strategy genre over the past decade, but that looks like that will change with Sword of the Stars, the debut game from Kerberos Productions, a small developer that was formed by veterans of the Homeworld and Ground Control teams. The idea behind Sword of the Stars is to strip out a lot of the complex gameplay mechanics that have slowly crept into the genre over the past decade, while hopefully leaving behind all the fun. We've been playing around with the game, and we've discovered that Sword of the Stars reinvents the genre in a refreshing way.

The basics of Sword of the Stars may seem familiar to strategy fans. Like Civilization or Master of Orion, this is a 4X-style of game, in which your job is to explore, expand, exploit, and exterminate. In other words, you'll start with an interstellar empire and must discover habitable new worlds, settle them, research and build up an advanced economy, and design and construct powerful warships to crush anyone who gets in your way. However, Sword of the Stars won't seem like any strategy that you've played before, unless you're an old-school strategy gamer who played games such as Ascendancy, which seems like it might have served as an inspiration for Kerberos.

The first thing you notice about Sword of the Stars is the 3D interface. Most space strategy games settle for a traditional 2D map of the galaxy, but Sword of the Stars goes full 3D, letting you zoom in and out and rotate the galactic map at will. This is actually useful to analyze the interconnected web of space lanes that connect the planetary systems together. Ships and fleets can't travel between one arbitrary system to another in a straight line. Instead, they must make the journey in legs, traveling along the space lanes. This gives the game an easy-to-understand strategic layer, since it doesn't take long to realize that controlling key crossroads in space can restrict enemy movement into your territory.

Rather than burden you with micromanaging every aspect of your empire, Sword of the Stars tries to streamline things to just a few screens. You can research new technologies (the tech tree is also displayed in 3D), custom design your ships, and then go into the shipyard and queue up what you want to build. Ship movement is as easy as selecting a ship or a fleet and giving it a destination. Planetary management is highly abstracted, and you don't need to worry about building dozens of structures on planets. Just move a couple of sliders, instead. The strategic part of the game is turn-based, so once you've figured out what you're going to do, hit the turn button and watch the results.

When two hostile fleets meet, combat naturally occurs. At this point, Sword of the Stars departs the turn-based strategic layer and drops you down into a real-time 3D battle, much like Homeworld. Since it's in 3D, you can zoom in and inspect your ships or shift the camera around to where you can see the action the best. However, simplicity is also the rule in battles, so don't expect complex tactical affairs where you have to babysit every unit or manually divert power to different systems on each vessel.

Each ship has some basic commands that you can issue it, such as standard attack, close-range attack, standoff attack, and retreat. Give a ship an order and it will carry it out. It's that easy. Then sit back and watch what happens. The fast-paced and cinematic battles that result seem inspired by Hollywood or Japanese anime. Ships will fire missiles and gun batteries at passing targets, and then maneuver around for another pass. How effective your ships are at combat depends on the technologies that you've unlocked and built into them, as well as what general tactics you've selected.

We've seen action-packed fleet engagements where multiple ships slugged it out, while defensive weapons stations unleashed wave after wave of ship-killing missiles into a formation of capital ships. Though the graphics aren't as detailed as those in Homeworld II, you get a sense of the destruction going on, as weapon emplacements will explode, ships will break apart or limp along in space, and missile trails will trace around the battlefield. Each battle takes only a few minutes to resolve, so as to not bog down the pace of the overall game. Once the battle is over, you're dropped back into the galactic map and can plot your next move. You might learn something valuable from the experience, like you need a new technology to counter what the enemy has come up with, or you might find yourself wondering where to attack next.

We found Sword of the Stars easy to play, yet we're tantalized at the potential depth of the game. The strategic game, though highly abstracted, looks as though it will offer plenty of challenge as you attempt to expand and conquer the galaxy or crush a certain opponent. There's a diplomatic layer that will let you ally with the artificial intelligence, but the game will ship with multiplayer support, which, considering the game's strategic combat and diplomacy options, should be interesting against skilled opponents. There are also scenarios with built-in turn limits, which will challenge you to accomplish the objectives before time runs out. It seems like there will be plenty to do in Sword of the Stars, and it represents a fresh new take on an old genre. The game should ship later this autumn. 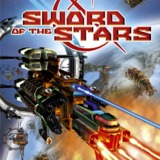 View Comments (0)
Sword of the Stars