Sword Art Online: Hollow Realization will be released for the Americas this fall.

Bandai Namco has revealed a special PlayStation 4 collector's edition of Sword Art Online: Hollow Realization for the Americas. With an MSRP of $149.99, the special edition will include exclusive Kirito and Asuna figurines, each one standing at six inches tall.

This collector's edition will also include a custom steelbook case, two-disc soundtrack, blu-ray bonus disc containing "special contents", mini-posters, decal sheets, art book, and a copy of the game. Sword Art Online: Hollow Realization is scheduled to release this fall for PlayStation 4 and PlayStation Vita, although the collector's edition has only been announced for the former.

Hollow Realization will feature a brand new battle system, with a party of four players able to use sword skills and work together to chain attacks. New monsters will also be introduced in this game, and an online multiplayer mode has been confirmed. Characters Asuna, Leafa, Sinon, Lisbeth and Silica will appear in the game. 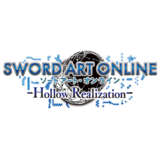