Nintendo fans may have a little treat to look forward to ahead of E3. The next Zelda game, officially titled Cadence of Hyrule: Crypt of the NecroDancer Featuring the Legend of Zelda, will seemingly launch this week for Nintendo Switch. On the surface, Nintendo of America's website simply states the game will be released this "spring," which lines up with the release window provided when the game was first revealed in a Nintendo Direct earlier this year. However, inspecting the site's source code reveals a line that reads, "Release date: May 30, 2019."

[Update: The source code of the website now lists a release date of June 20 (thanks, Evan). It's possible that is in fact the real date, or it could just be someone looking to cover up for the initial mistake. Whatever the case, we'll know for sure if the May 30 date pans out in just a day's time. If it doesn't end up launching, we might hear about a date during Nintendo's E3 Direct press conference on June 11.

Now Playing: Cadence Of Hyrule – Crypt Of The NecroDancer Featuring The Legend Of Zelda - Reveal Trailer

Update 2: May 30 came and went, and sadly there was no surprise release. However, new Cadence of Hyrule gameplay footage has been released, and it points to a release date in June. There's no specific day, but perhaps that updated June 20 date listed on the website is the accurate one.]

If correct, that would have the game launch toward the end of its spring release window. It seems a plausible date, especially since Nintendo reportedly included the game in a newsletter promoting Switch games coming out this May (thanks, NintendoLife).

Cadence of Hyrule was announced in March. It's a crossover between Nintendo's famous Zelda series and indie rhythm hit Crypt of the NecroDancer, which first launched in 2015. It's a roguelike where your actions have to be taken in sync with the beat of the soundtrack.

The new game is being developed by the same team behind the original, Brace Yourself. Its art style has been revamped since then, however, to match that of past Zelda games such as Minish Cap. You can watch Cadence of Hyrule's reveal trailer above.

There's plenty for Nintendo fans to look forward to, as the company's E3 press conference--which will again come in the form of a Nintendo Direct--has been scheduled for next month. 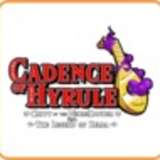 Cadence of Hyrule: Crypt of the NecroDancer Featuring The Legend of Zelda
Follow
$39.99 on Bestbuy
Buy

View Comments (10)
Cadence of Hyrule: Crypt of the NecroDancer Featuring The Legend of Zelda
Nintendo Switch