Switch Online's Free NES Games For August Revealed, And One Is Incredibly Rare

Another pair of NES games arrive on August 21.

Nintendo has announced the next set of NES games coming to the Nintendo Switch Online service. This month, the company is adding another pair of legacy titles to the system's slowly expanding NES library, one of which has never been officially re-released before.

August's free NES titles are the co-op beat-'em-up Kung-Fu Heroes and the action game Vice: Project Doom. The latter is particularly notable, as it hasn't appeared on any other console since it first released on NES in 1991, making this its first official port in nearly 30 years. You can see a trailer for the games below.

Both titles will join the service on August 21, bringing the system's NES software count up to 48. Nintendo adds a handful of classic titles to the NES library each month; July brought Donkey Kong 3 and Wrecking Crew (as well as a helpful rewind feature), while June's additions included Double Dragon II and City Connection.

In addition to the free NES games, Nintendo Switch Online subscribers can now pick up a freebie for Super Smash Bros. Ultimate. Nintendo is also holding a free trial period for Mario Tennis Aces. NSO members can play the sports game at no charge until August 13. The game will also be on sale in the Eshop until August 20, and any progress you make during the free period will carry over to the full title. 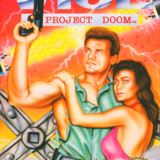