Who was there: AccessGames designer Hidetaka "Swery" Suehiro was on hand to discuss his approach to making games and how it resulted in last year's Xbox 360 survival horror game Deadly Premonition. Tad Horie, president of Katalyst Lab and translator for Deadly Premonition, was also present to help with translation and hosting.

What they talked about: Swery opened the presentation with a rundown of his seven major points of game design:

Point 1: Make gamers think about your game when they aren't playing it.
Point 2: Make gamers actively "want" to play through your meticulously scripted story.
Point 3: Create a storyline for a free-roaming open-world game.
Point 4. Prevent players from quitting the game at the result screen.
Point 5. Make appealing characters.
Point 6: Characters should talk in a memorable way.
Point 7: Use all of your ideas while you can use them.

On the first point, Swery said games that players don't remember when they're not actively playing them are effectively dead. What game designers want to do is to make the barrier between the game and the player's own life fade away as much as they can. For instance, smokers who played Deadly Premonition frequently told Swery that when they saw York light up a cigarette in the game, they got a craving as well. Lots of little actions in the game, like eating, drinking, and shaving, may be superfluous to the story, but they link the players' daily routine to the game, causing them to be reminded of it as they go about their lives.

Beyond physiological needs, Swery put in references to movies like Attack of the Killer Tomatoes and scenes like York looking in his coffee for signs and portents. These things linger in players' minds, he said, so they might rent the movie later on or stare deeply into their next cup of coffee.

The second point was about how to make gamers want to play through a linear storyline. There are two common methods for giving players a sense of freedom within story-focused games, Swery said. Side quests allow players a certain measure of freedom, as does the use of multiple endings. For Deadly Premonition, Swery used a third method: Freedom of Timing. That basically means allowing for a change of heart, which creates the illusion of freedom.

He showed a flow chart for normal quests, which present players with a challenge and shuttle them back to the beginning or push them along depending on whether they succeeded or failed. In Deadly Premonition, Swery said he gave players the choice to change their mind mid-quest. The developers wanted players to feel comfortable leaving the quest to do something else in the game that they might find enjoyable. When they came back to the quest, Swery said they would be more willing to accept the story on its own terms.

Additionally, Swery stressed that speed is not important so much as timing. He had characters explicitly tell the players that they didn't need to rush. By letting players take their time and approving of their doing so, Deadly Premonition makes the players feel empowered. The result is that players wind up relaxed, hitting the story when they're in a receptive state so they can be immersed deeper into the game.

For the third point, Swery broke down the normal storyline path of a linear game compared to that of Deadly Premonition. Typically, single-path storylines build from the synopsis, plot, characters, and script, with the map and character details being fleshed out at the end. For Deadly Premonition, Swery started with the synopsis and then figured out the map and character details, including where the characters would be on the map at any given point in a 24-hour period. Only after he had that world and those characters did he go to work on the plot and script.

The character and universe are just as important as the storyline, he explained. In hindsight, he described it as being created more like a TV series than a movie.

On the fourth point, Swery said developers need to get their players to want to see the end of the story. Normally with challenges in games, players accomplish a task and get a results screen, which is a cue to the player that it's a good time to step away from the game. To remedy this, Swery inserted hints of the next challenge into the previous obstacles--the equivalent of a cliff-hanger to keep the players going.

"If you can't remember any of the characters' names, then that game is garbage," Swery said.

Swery created "resumes" for every character in the game. More than just their jobs, the resumes included all kinds of background information on the characters, like their first loves, favorite books as a child, habits, signature phrases, and so on. It's important that characters can be copied, Swery said, noting that fans of Deadly Premonition have cribbed the mannerisms and slogans of characters from the game for their own discussions or fan art. Having mimickable actions in a game makes characters more relatable and endearing, he explained.

Characters also have to be multidimensional, Swery said. He intentionally inserted a negative side to every character. York is a slick agent, but he's also an inconsiderate otaku. Emily is a beautiful heroine, but she has her own personal problems and is a terrible cook. Forrest Kaysan was a nice guy and good with kids, but he had trouble keeping his pants on, Swery said. Everyone has a bad side in real life, Swery noted, but people still like them.

Voice acting is also key, which led to Swery's sixth point. While he can't speak English fluently, Swery still had to give directions to voice actors. Instead of focusing on what was being said, he focused on how the lines were delivered and how they fit the scene. In Swery's mind, York was meant to have a British Invasion sound, while the character of George had a destructive edge along the lines of '80s hard rock. Meanwhile, Emily needed to be nostalgic but fresh sounding, like oldies pop music. It's the emotion that's really important, Swery said, and that was what he tried to capture in the voice acting.

Swery saved the most important point for last, saying everything is about the designer's ideas, and they should use all of them while they can. They shouldn't be held onto for another day or project. For example, the map of Greenvale in Deadly Premonition is laid out like a dog raising a paw for a shake. There was no rhyme or reason for that, but Swery had the idea to put it in, so in it went.

In the audience question portion of the game, one attendee asked Swery how he chose the Pacific Northwest US as the setting for Deadly Premonition. He explained that Canada was originally a possibility because one of his relatives lived there, but it was changed because the team reasoned that US gamers would be more interested in a game set in their own country.

When asked about a sequel, Swery said people want to see more of York, even though the game wraps up his character arc. Despite that, Swery said they could always just ignore the events of Deadly Premonition if they wanted to. As for what he might have liked to add to the game if given more time and resources for the project, Swery said he wanted York to be able to ride a bicycle and wear cologne, ideas that drew applause from the crowd.

Another member of the audience asked Swery about his feelings on using guns in games as a means of conflict resolution. Swery explained that he originally didn't have any combat in Deadly Premonition; York was just intended to run away from shadows. However, the publisher told him it wouldn't sell in the US if he did that, so they added the gunplay in.

Quote: "They say every rose has its thorn, just like every old cowboy has watched the TV show The Facts of Life."--Swery, on the importance of good characters having a bad side.

"I love you all!"--Swery's farewell to the crowd.

Takeaway: Deadly Premonition may seem like the product of a fevered and frenzied mind, but there was a clearly defined method to Swery's madness.

For more on the creator and his philosophy, check back Monday for a spoiler-filled episode of GameSpot presents the HotSpot with Swery as an in-studio guest. 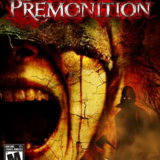