Surprise! The game will launch with a prologue, episode one, and episode two.

Action-adventure game D4 will be launching worldwide for the Xbox One tomorrow, director Hidetaka "Swery65" Suehiro has confirmed with GameSpot at Tokyo Game Show 2014.

The game will be released with the prologue, episode one, and episode two, with more episodes to follow. Additional free in-game costumes influenced by collaborations with other games will also be released in the following weeks. The game will be priced at $14.99 and be released digitally.

D4, which stands for the phrase "Dark Dreams Don't Die", was first announced at E3 last year. Developed by Access Games, the game's story centres on the investigation of a murder, taking the grim subject in some rather strange directions. This wouldn't be the first time the studio has tackled the subject matter, having developed Deadly Premonition for Xbox 360, PlayStation 3, and PC. For more details on just how strange the game gets, check out GameSpot's preview. 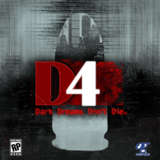