Surveillance Thriller Orwell Gets A Season 2 Focused On Fake News

Orwell, the narrative-driven PC game where you play as Big Brother basically, is getting a second season and it sounds like it's taking inspiration fake news and alternative facts. Season 2, which is called Ignorance is Strength, is focusing on "power and democracy in a post-truth world." The first teaser trailer for the second season includes real-world commentary from people like Barack Obama, Donald Trump, Kellyanne Conway, and others in the political and media industries.

Just like the first season, Ignorance is Strength casts players as a member of the government who must make difficult decisions to decide the course of the country, in this case a fictitious place called The Nation.

"A political crisis has arisen across borders, threatening to plunge The Nation and Parges into violent civil unrest. Given the power to both uncover and fabricate 'the truth,' the player must decide for themselves how far they will go in the service of their country and whether the truth is sacred or ignorance is strength," reads a line from the game's official description.

In Orwell's first season, Keeping an Eye on You, you played as Big Brother and had to investigate people to try to stop terrorist attacks. The first season picked up a nomination for the IGF Excellence in Narrative and an Honorable mention for the IGD Seamus McNally grand prize.

According to Osmotic, Ignorance is Stength has a "darker done." And in terms of gameplay features, you'll have "more control" over the investigation. Players can also "influence public opinion directly," which sounds scary and fun, in the context of a game.

Ignorance is Strength is scheduled to launch "soon" as a weekly episodic series for PC, Mac, and Linux. 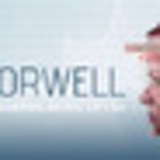