Transformed into an insect, the Kakfa-inspired exploration game sends you wandering through a strange, surreally funny world. 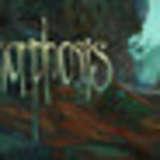 Franz Kafka's The Metamorphosis finds its main character, Gregor Samsa, waking up one morning, suddenly and inexplicably transformed into a giant insect. It's an utterly bizarre premise for a novel that evolves into a tragic story, but as the inspiration for developer Ovid Works' Metamorphosis, Gregor's transformation provides an opportunity to explore a strange idea, the surreal world it spawns, and the peculiar creatures who inhabit it.

I went hands-on with the first hour or so of Metamorphosis, which runs with Kafka's idea of transforming into a bug and only seems to get weirder from there. While Gregor wakes up to find himself in a bug body in the novel, the game's Gregor wakes up at his friend Josef's house after a night of drunken celebration. Vaguely hungover, Gregor starts to head out for work, only to find that as he travels the house and through doors, the world transforms around him. He walks through a door to find himself in a larger version of the room he just left--or in a shrunken state. And before long, he's scrambling around on six spindly legs, with his internal monologue transforming from human speech to insectile chittering.

The whole situation has a very Alice in Wonderland feel as you explore a surreal world whose rules don't seem particularly rigid. Gregor's first task as a human is to open drawers around the bedroom he awakes in to find the key to the door, and you repeat that same task as a bug. It's a pretty good early indication of how Metamorphosis seems like it'll play out: Metamorphosis is an exploration game about finding ways to traverse its environment and solving puzzles about how to venture from one area to the next. Since you're an insect, a lot of the solutions you have to find about how to get where you're going in an oversized world have to be fairly novel.

While Kafka might have thought the idea of waking up as a bug was both horrifying and fascinating, moving around as an insect in a video game isn't quite as mindblowing. It does allow you to climb up the sides of objects, provided you walk through some sticky everyday substance such as glue, ink, or even butter. But it's pretty standard platforming stuff as Gregor makes his way across tables and across bookshelves, through drain pipes and between the blades of ventilation fans.

It's the setting, however, that's most intriguing about Metamorphosis so far. Gregor in the novel was a man-sized bug, but you're a bug-sized one in the game, which means that you're constantly traversing a world full of enormous objects and struggling to figure out how to navigate it. Your sticky leg trick is useful at times, but the first hour of Metamorphosis is much more about interpreting your environment to find viable paths. Your insect size forces you to look at giant objects like books, silverware, and office supplies in new ways, and while the environmental puzzles in the first part of the game are never particularly confounding, they routinely require you to recontextualize how you think about the objects you're seeing and how they're positioned together.

The early elements of Metamorphosis' story mostly concern Gregor trying to get the attention of a human person for some assistance--you position yourself on books or try to use objects like a music box to make noise in hopes of getting the attention of Josef, Gregor's friend. Josef has his own problems, though, when some especially uncooperative police officers show up at his house, diverting his attention from the imperiled but diminutive Gregor. As you struggle to get Josef to notice your microscopic plight, you discover a potential alternative path to returning to human form through notes left by a strange organization called the Tower.

Being the size of an insect is a big part of the Metamorphosis experience, but not every part of the first hour can be described as "regular stuff, but big." Like the premise itself, several locations you work through take on a twisted, surreal look and feel, as well. At one point you traverse a pile of chairs to reach a desk, and looking around reveals that the furniture isn't all just stacked precariously, it's also floating inexplicably in the air. And when you discover a letter from the Tower--which offers newly transformed insect-people some exceedingly normal-sounding employment opportunities along with the possibility of returning to human form--the process of uncovering its message has you climbing what seem like floating fragments of letters, like the metallic pieces of typewriter keys shattered and assembled into a fantastical floating pathway.

Starting your journey toward the Tower also reveals another element of the burgeoning world of Metamorphosis--there's a whole bug society living in the walls, floors, and furniture of Josef's building. You start to meet them along the way; one bug is an especially big fan of the hallucinogenic mushrooms growing on Josef's plumbing, while another is annoyed her husband is using a suspiciously easy-to-turn-off ventilation fan as an excuse to delay his journey to the Tower. Several bugs seem to be members of an anti-Tower cult.

But most of the bugs you meet are just extremely pedantic bureaucrats, playing into an underlying humor of banality that goes along with Metamorphosis's world. You might be a bug-man lost in a physics-defying fantasy, but your goal of getting back into your own body primarily consists of getting a job. You can't do that until you ride the bug airship to the Tower, and to do that, you need a bug passport. You can't get a bug passport until you visit the office of a (human) lawyer, and it doesn't open up until 2:15. The queue has already formed, and it's over there.

Even just a quick look at Metamorphosis hints at an expansive, strange world worth exploring. What I've seen is mostly that: a game that relies on being fascinating and a little twisted, asking you only to look around, speak to other characters, and try to find your way through it. It's not clear where exactly the journey of Metamorphosis will take you, but getting there will definitely be strange.

Metamorphosis is headed to PC later this year.

Metamorphosis
PC
Got a news tip or want to contact us directly? Email news@gamespot.com