Worlds Adrift, the next game from the Surgeon Simulator and I Am Bread developer, is going back to the roots of online multiplayer.

The folks behind I Am Bread and Surgeon Simulator, Bossa Studios, released a second trailer and a bunch of new information for their upcoming physics game, Worlds Adrift. The new footage features airship combat, construction, and exploration.

In a post to their developer blog, Bossa established that they’re looking to “return… to the roots of online multiplayer games. We want it to be a freeform exploration and adventure game where players create their own objectives, because we believe those are consistently the most rewarding and empowering goals to attain.”

Worlds Apart will be a bit like EVE Online in that it has a persistent world shared by one large server per major geographical region. That contrasts with the tendency of many MMOs like World of Warcraft to split players up onto many servers.

It may look a bit barren now, but Bossa promises that this world "will live and breathe," adding that there will be "no quest hubs and no NPCs standing around forever, waiting to give you tasks. There are no low-level zones and high-level zones, because there will be no levels. There are no static, choreographed environments and events that replay for every new player."

Bossa says that everything in the trailer above is procedurally generated, and that future content will have more thought to level design and the environments will be more detailed. 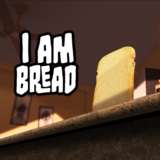