SuperPower 2 powers off to factory

DreamCatcher Games announced today that SuperPower 2, its PC game of world political domination, has gone gold and will ship on October 6. Featuring 193 real countries built on realistic data drawn from UN and CIA sources, the game lets players build up their own countries and increase their influence in the world at large through geopolitical savvy and shrewd use of economic sanctions, international alliances, and military force. Developed by Canadian studio GolemLabs, SuperPower 2 is rated "T" for Teen. 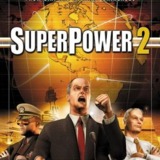