Turns out the classic SNES game has had an in-built PVP cheat since release, and nobody realized.

A new cheat has been discovered for 1994 Super Nintendo game Super Punch-Out, allowing two players to duke it out in PVP mode. Discovered by the Twitter account Unlisted Cheats, which specializes in unearthing previously unknown cheats for classic games, the two-player mode consists of two newly-discovered cheat inputs.

As Unlisted Cheats explains, only two cheats were previously known for the game, a sound test and a mode that allowed Japanese name input. Each cheat requires a combination of just two buttons. The account found a new cheat which would put the player in a "free play" kind of mode, allowing them to select which of the game's rivals they want to face. If this mode is selected, a second combination of buttons would allow the second gamepad to control the rival character normally controlled by the CPU.

While doing some request work, casually found some new cheats in Super Punch-out for SNES. All secret codes in this game uses two-button combinations. Two of them are known: Sound test and Japanese name input. But there are two more. -> pic.twitter.com/ak9xh3fZsc

To enable the cheat, which can be used on an original SNES copy of the game with no modifications, players have to hold Y+R on the second gamepad while on the title screen, then use the first gamepad to press A or Start. This will take them to the character select screen.

To enter a two-player match, players have to be in this free mode and on the character info screen, hold B+Y on the second gamepad, then press A or Start on the first gamepad. Once this cheat is enabled, the CPU character will be controlled by the second gamepad.

Considering the cheat has never been revealed until now, almost three decades after the game's release, it's likely the two-player mode is the result of a debugging tool that was never taken out of the game, rather than something players were intended to discover. 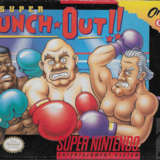