Following Electronic Arts' revelation earlier this month that the upcoming GameCube version of NBA Street V3 will feature a playable all-star team featuring classic Nintendo characters Mario, Luigi, and Princess Peach, EA has revealed yet another retro bonus for the GameCube incarnation of one of its titles.

The upcoming GameCube version of EA's Fight Night Round 2 will offer two unique features that are exclusive to Nintendo's console. The GameCube incarnation of EA's second installment in its well-received boxing franchise will include the classic Super Nintendo game Super Punch-Out!! as an extra on the Fight Night Round 2 disc, which will also include the game's main character, Little Mac, as an unlockable character.

"We grew up as fans of the Punch-Out!! series that delivered, hands-down, the best boxing gaming experience of its time," said Kudo Tsunoda, executive producer, EA Chicago. "Now we're offering Nintendo GameCube gamers double the boxing excitement with one of the best sports titles of the past, as well as the most realistic and knuckle-clenching boxing game of today, with Super Punch-Out!! and EA Sports Fight Night Round 2. This is the ultimate matchup."

"The Punch-Out!! series defined boxing video games," says George Harrison, Nintendo of America’s senior vice president of marketing and corporate communications. "We have a new contender in the ring that's changing the face of boxing games. What better way to introduce our Nintendo gamers to EA Sports Fight Night Round 2 than allowing gamers to experience two boxing franchises that have had the most impact in this sports genre from the beginning of boxing games to now.”

Fight Night Round 2 is the second installment in the fledgling boxing series, and it's slated to appear on the GameCube, PlayStation 2, and Xbox this March. In addition to the GameCube-specific content, the game adds several new features to the series on all platforms.

For more on the title, read our preview coverage of the upcoming game, including new media to be posted this afternoon. 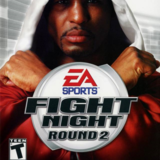