Super Mario 3D All-Stars: Where To Find A Physical Copy

The long-rumored and highly-anticipated 3D Super Mario Bros. remasters are indeed real, and they launched today, September 18, on Nintendo Switch. Nintendo announced the compilation during a surprise Nintendo Direct celebrating the plumber's 35th anniversary. For release day, physical copies have come back into stock at Amazon, Target, GameStop, and Best Buy (for some reason, Walmart is now selling it for $80), and we expect they'll sell out again soon. Preorder bonuses are no longer available, though Target was offering a magnet set for those who purchase Super Mario 3D All-Stars in stores. Check with your local store for availability.

Super Mario 3D All-Stars will only be available to purchase until March 31, 2021, and the physical edition will likely sell out much sooner. It's the same strategy being used for Super Mario Bros. 35, a new free-to-play Mario battle royale announced during the Direct. The limited run is somewhat similar to what Nintendo did for Mario's 25th anniversary by re-releasing Super Mario All-Stars for Wii. 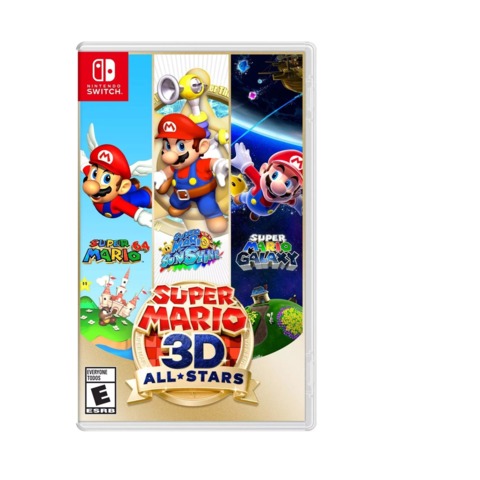 On release day, Super Mario 3D All-Stars' physical edition is back in stock at several stores, and the digital version is available to purchase on the eShop.

See at Amazon
See at GameStop
See at Target

The remaster collection earned an 8/10 in our Super Mario 3D All-Stars review. "Taken all together, Mario 3D All-Stars is a worthwhile collection, featuring the best versions of Mario 64, Sunshine, and Galaxy to appear on a Nintendo system," editor Kevin Knezevic wrote. "Despite their age, the games are still rife with inventive ideas and surprises, which more than makes up for the collection's presentational shortcomings."