We charge up our ki for a hands-on look at Atari's next DBZ fighter.

While there has been no shortage of Dragon Ball Z-inspired fighting games in recent years, none of them have really been what you might call "serious" fighting games. The Budokai games have been fun and all, but they're lacking the depth that's kept the Virtua Fighter and Tekken series in favor for so long. Atari and developer Crafts & Meister hope to change all that soon enough with Super Dragon Ball Z for the PlayStation 2. We recently got our hands on what appears to be a near-final version of the game, and we found the experience to be much more traditional-fighting-game flavored than we normally associate with the Dragon Ball Z name.

Super Dragon Ball Z originally began its life as an arcade game released in Japan as Chou Dragon Ball Z, and the modes of play that we saw very much seemed like they came out of an arcade game. The "original" mode simply pits you against a limited series of artificial intelligence opponents, a versus option lets you face off against a friend, the Z survivor mode gives you a single life bar with which to face off against an endless series of AI opponents, and a training mode lets you hone your skills as a fighter. The fighter selection screen showed spots for 18 different characters, though we had access to only 13 of them. What we saw of the roster seemed to consist mostly of the usual suspects, though the inclusion of Chi-Chi as a playable character was a pleasant surprise.

The destructible arenas we fought in also had that familiar Dragon Ball Z feel, setting matches in the World Tournament Arena, Kami's Lookout, the Cell Games ring, planet Namek, and more. What really caught our eye was the detail on the environments, which featured lots of small, hand-drawn detail that was highly evocative of Akira Toriyama's original manga artwork. Considering how most DBZ games are so slavish to the specific aesthetic of the Dragon Ball Z anime, it was a nice change of pace to see the real original source material referenced.

Having played plenty of 3D fighters in the past, we found the controls for Super Dragon Ball Z to be quite intuitive, with the four face buttons on the PS2 controller allowing us to perform a normal attack, a strong attack, a guard, and a jump. Of course, appropriately timed taps on the D pad and the attack buttons gave us access to multihit combos and powerful energy attacks. Some of these seemed almost conspicuously familiar. For example, unleashing Goku's powerful Kamehameha wave used the exact same controller movement that you'd use to pull off Ryu's Hadoken fireball attack from Street Fighter II. While the action definitely came off as more deliberate than the button mashing offered by past DBZ games, there's still plenty of DBZ flair, such as the ability for certain characters to transform into more powerful versions of themselves midmatch, the ability to leap up into the air and hover there indefinitely, and lots of powerful energy attacks.

There's also a low-key RPG element to Super Dragon Ball Z, where you create your own unique fighter card that you base on one of the existing playable characters. Every time you fight, you gain battle points on your card, which you can use at regular intervals to purchase performance and appearance upgrades. Additionally, you'll occasionally earn actual dragon balls from winning fights, and when you collect all seven dragon balls you can call the great dragon Shenron to grant you additional powers.

Based on our time with the game, Super Dragon Ball Z definitely looks like a different kind of fighter than what we've come to expect from the DBZ namesake. The game is set to hit the US PlayStation 2 in just a week, and you can expect a full review on GameSpot around the game's release. 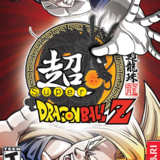