Update: Eiyuden Chronicle: Hundred Heroes' crowdfunding campaign has cleared $1,000,000 USD 7 hours after starting, meaning the game will be coming to Xbox One, Xbox Series X, PS4, PS5, and the current Nintendo console whenever the game releases. The Kickstarter has been updated with two new stretch goals: a cooking mini-game at $1.25 million and new game plus at $1.5 million. More goals will be announced as the existing ones are met.

The initial goal funds the development of a PC release; however, there is a stretch goal at $1,000,000 to bring the game to all major consoles. Considering the campaign is live through August 28, and it took less than 24 hours to fund $500,000, a console release seems likely.

The game was announced on July 27, and is being developed by Rabbit & Bear, an independent studio founded in Tokyo earlier this year. Eiyuden Chronicle is a 2.5D turn-based JRPG featuring a massive cast of 100 heroes. The game will feature a six character party system, as well as a fort-building element to house your heroes.

I can’t believe it was funded so quickly! Many people have no hope in Kickstarter so I was so afraid. Thank you so much my heroes!!!! I will make a great game for you! #100heroesstrong

The team at Rabbit & Bear chose Kickstarter to help fund the development of Eiyuden Chronicle because it would allow them to retain ownership over the IP, even if they do make a deal with a publisher. According to Murayama, crowdfunding the game is necessary to ensure the developers retain its rights. "We chose Kickstarter in order to make an interesting game with the players in mind, hold the rights to the planning, world, and story of the game, all while keeping the fun of the project," he said.

Eiyuden Chronicle: Hundred Heroes is tentatively planned to launch in Fall 2022. You can see the Kickstarter campaign here. 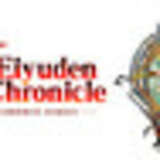