Today, Midway Games reported its financials for the first quarter of 2004, which ended March 31. The publisher released only one game during that period, the PlayStation 2 and Xbox horror shooter The Suffering.

However, the game's title could have just as easily described Midway's finances. When compared to the $45.8 million it earned during Q1 2003, Q1 2004 revenues for the publisher fell 56 percent, to $20.1 million. The company reported a net operating loss of $14.2 million for the quarter, compared with a net loss of $9.3 million for the same quarter a year ago.

Still, executives put on a brave face. "We are pleased with the results of the first quarter and, in particular, with the product development and marketing achievements accomplished in the launch of The Suffering," said CEO and President David F. Zucker.

However, Midway officials couldn't put a positive spin on what happened after their announcement. The company's stock lost 9.8 percent of its value ($0.95) after Viacom CEO Sumner Redstone announced his intention to buy a controlling stake in the company. Currently, Redstone's National Amusements company owns 49.3 percent of Midway's stock, and, according to papers filed with the SEC, he plans on increasing that to "at least" 60 percent.

Speaking to Reuters at a conference, Redstone implied he had big plans for the publisher. "You will see, very soon, an enormous infusion of great creative talent to Midway--and I mean very soon," he said. Redstone also said that his interest and investment in Midway was purely personal. "I do not look at this as a Viacom agenda," he said.

Despite its current troubles, Midway's future aspirations are being aided by its robust current-quarter lineup. Already, its PS2 and Xbox sports title NBA Ballers has sold more than 600,000 units since it hit stores in early April. Upcoming is the European release of The Suffering, as well as ship dates for MLB SlugFest: Loaded and Psi Ops: The Mindgate Conspiracy. The company says it expects to report second quarter revenues of $38 million, with a net operating loss of $10 million.

Looking further out, the company announced Shadow Hearts: Covenant will be released in North America and confirmed Area 51 and Mortal Kombat: Deception for 2004. However, one of Midway's most anticipated and controversial titles won't be arriving this year--the remake of NARC. The game has officially been delayed until 2005.

In its guidance for all of 2004, Midway predicted revenues of $148 million, a 60 percent increase over 2003. The company also said it expects to trim full-year losses from $20 million to $18 million. 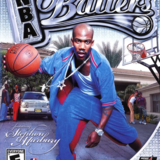