Sudeki sojourns on to stores

Microsoft announced today that Sudeki has shipped to stores. Developed by British studio Climax (Crash 'N' Burn), the Xbox-exclusive role-playing game is rated "M" for Mature and retails for $49.99.

First announced at X02, Sudeki was originally scheduled for release last year. Set in a fantastical kingdom with both fantasy and sci-fi elements, it follows four characters--a sultry sorceress named Ailish, a soaring gunslinger called Buki, the powerful swordsman Tal, and the dark huntress known as Elco. While players will eventually control the entire quartet, it divides into two two-person teams during combat. Each party member will be able to perform a variety of attacks, including melee, ranged, magic, and so-called "spirit strikes."

GameSpot will have a review of Sudeki shortly. In the meantime, check out our latest preview of the game. 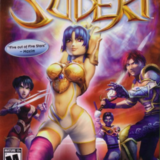