Massively multiplayer online games such as World of Warcraft, Guild Wars, and Second Life are becoming increasingly popular. All have celebrated milestones in their user numbers recently, with WOW announcing it has 7.5 million subscribers, Guild Wars selling (including expansions), and Second Life hitting 1 million users--many of whom .

But games like World of Warcraft are hard to switch off and walk away from, says Professor Mark Griffiths, director of the International Gaming Research Unit at Nottingham Trent University in the UK. That's because they have no end, and there's always someone online somewhere in the world.

A Nottingham Trent research study of 7,000 online gamers showed that 12 percent exhibit at least three of the diagnostic criteria of addiction as outlined by the World Health Organisation. These include: craving, withdrawal symptoms, loss of control, and neglect of other activities.

The survey was filled in by a self-selected sample composed mainly of males with an average age of 21 and was concerned principally with the potential for addiction to online gaming. Griffiths said, "I'm sure if we'd done this survey looking at non-online players, looking at gamers that play on stand-alone systems, my guess is that the prevalence of addiction-like symptoms would have been much less prevalent."

According to Griffiths, the problem with online games is that there will never be a point where the player has battled the final boss, tied up the story, and can turn the computer off with a feeling of satisfaction. "Of course the game never switches off; you can't even pause the game," he told GameSpot. "So if you are really into the gameplay, I can see why a small proportion of people do get hooked and feel like they don't want to leave."

Griffiths was also quick to point out that there are many positive aspects to playing games and that those who play frequently can boast a number of advantages over the nongaming population. Those benefits include increased reaction times and better hand-eye coordination.

The professor also told GameSpot that games had many useful applications, including acting as "distracter tasks" for those in chemotherapy, physiotherapy, and other painful treatment courses and acting as a tool for people learning to drive and those in the military. 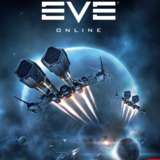