According to leading game-industry stat-trackers the NPD Group, US PC game retail sales tanked in 2008, dropping 23 percent year over year to $701 million. The key word in that sentence is "retail," as online game revenues and alternate forms of PC-game distribution continue to rise. A new study by analyst firm Screen Digest indicates that massively multiplayer online gaming in particular saw a substantial jump in 2008, reports the BBC. 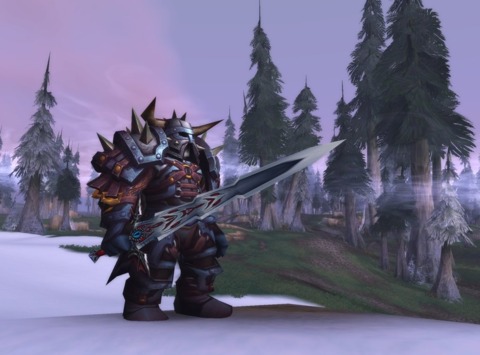 Screen Digest's study found that the North American and European MMOG markets rose 22 percent in 2008, achieving total revenues of $1.4 billion. The leading contributor to that tally is, of course, Blizzard Entertainment's World of Warcraft, which had surpassed 11.5 million subscribers worldwide through 2008. WOW's success, Screen Digest notes, has helped drive the market, as competitors attempt to mimic the title's meteoric rise, to varying degrees of success.

"Some games are eroding World of Warcraft's (WOW) position--Warhammer Online and Age of Conan being the two most significant--but that's more down to their growth rather than any decline on WOW's part," said Screen Digest senior analyst Piers Harding-Rolls to the BBC. "WOW's market share was 60 percent in 2007 and 58 percent in 2008, but in terms of revenue, it went up year-on-year."

The study notes that there are now more than 220 titles that fall into the MMOG category, though Screen Digest says that many are exclusive to South East Asia. Harding-Rolls went on to say that the continued rollout of new MMOGs, as well as the various payment systems and demographic-specific titles, have helped the market defy the current economic recession.

"If you look at the example of RuneScape, this is a game pitched at a teenage audience," said Harding-Rolls. "You can play it for free or you can pay a premium and get a better service without advertising. It's an effective way to build a subscription base, rather than the traditional routes that involve PR, hype and having a service that has to be almost perfect from day one."

Screen Digest's study also broke down the 10 most popular subscription-based games in terms of spending. According to the research firm, the list does not reflect total user base, and some games, such as Mythic Entertainment's Warhammer Online, were released too late in the year to impact the accounting. Screen Digest's top 10 revenue generators are listed below.