Power Rangers: Legacy Wars follows the events of the 2017 Power Rangers film. Rita Repulsa infects the Morphin Grid with a virus that corrupts all generations of Rangers from every movie and TV show. Tommy, the original Green Ranger from Mighty Morphin Power Rangers, is the only Ranger who's spared, and he goes to work freeing his fellow Rangers from Rita's control.

Despite Tommy's efforts, Rita's power continues to grow and she begins to enlist the help of villains from alternate realities. She discovers the remains of Street Fighter's M. Bison and resurrects him in her world. Unable to defeat a united front of Rita, M. Bison, the two villains' minions, and the Rangers who are still infected, Tommy and his team of freed Rangers enlist Ryu's help to take back the Morphin Grid.

The game plays out as a online tag team-based fighting game, where players take control of a primary Leader who can call in two supporting Assist fighters during combat. Characters' moves are divided into three categories--Strike, Defense, and Breaker--which behave in a rock-paper-scissors format where Strike overcomes Breaker, which breaks through Defense, which can block Strike. Each character has their own collection of moves, so players need to strategize how to construct their team. You can practice different combinations in a Training Mode against computer players. Having certain Zords and Megazords unlocks larger scale battles.

In May 2018, Street Fighter's Ryu, Guile, Chun-Li, Akuma, Cammy, and M. Bison were added to the game, but the teaser for the upcoming film only includes Ryu, Chun-Li, and M. Bison. Ryu is the only one seen accessing the Morphin Grid to become a Ranger. 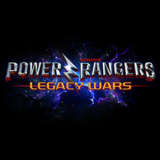