Street Fighter Fans Get What Capcom Wants, Not What They Deserve

Capcom's attempt to honor Street Fighter's anniversary is a repackaged mess that fails to celebrate the series' greatest moments, leaving fans behind.

When word of Capcom's Street Fighter 25th Anniversary Set hit GameSpot yesterday, I went from curious to furious in an instant. For a set that's supposed to celebrate the series' numerous triumphs over the span of a quarter century, Capcom's decision to only include games ready-made for repackaging is lazy, ill-conceived, and an insult to the fans who have spent the better part of the last two decades supporting the series over and over again. 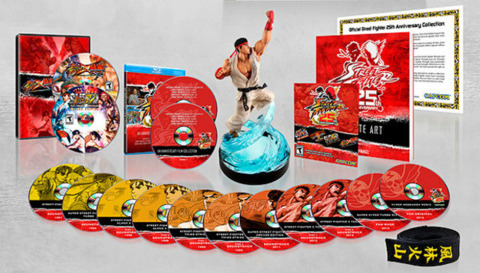 It's also worth mentioning that fans of the series probably own all of the titles in the upcoming 25th Anniversary Set. With that in mind, you have to wonder: is this really for fans? If it was actually designed with us in mind, why not include the titles that aren't already sitting on our shelves?

Capcom's decision to only include games ready-made for repackaging is lazy, ill-conceived, and an insult to the fans…

It's not like it would take a lot of manpower to port all of these games to new systems. With the exception of Street Fighter III, every Street Fighter game before it was released on hardware that's well documented and emulated at this point. Fans did it well over a decade ago, and it's highly suspect that Capcom couldn't cheaply whip up functional emulators to make these playable on the PlayStation 3 and Xbox 360 if they don't have that capability already. Capcom has done it before on less capable hardware, and with all the virtual console and digital download versions that do exist, one could assume Capcom has the tools to get the job done.

The industry's emphasis on DLC and downloadable titles is partially to blame for this trend. Now that these practices are the standard, we can no longer expect companies to provide fleshed-out packages, especially when it comes to tributes or collections. If Capcom sees the opportunity to release classic games in a piecemeal fashion as a way to increase earnings, it's in the best interest of its shareholders to maximize their profit potential by doing so. It's up to the publishers to make these decisions, and ultimately they're not run by gamers, but by executives who seemingly fail to appreciate the games that earned them the success they are so fervently protecting at every turn. At some point, the other half of the formula for success, the fans, might decide they've had enough. Personally, I have, and I'm sure I'm not alone. 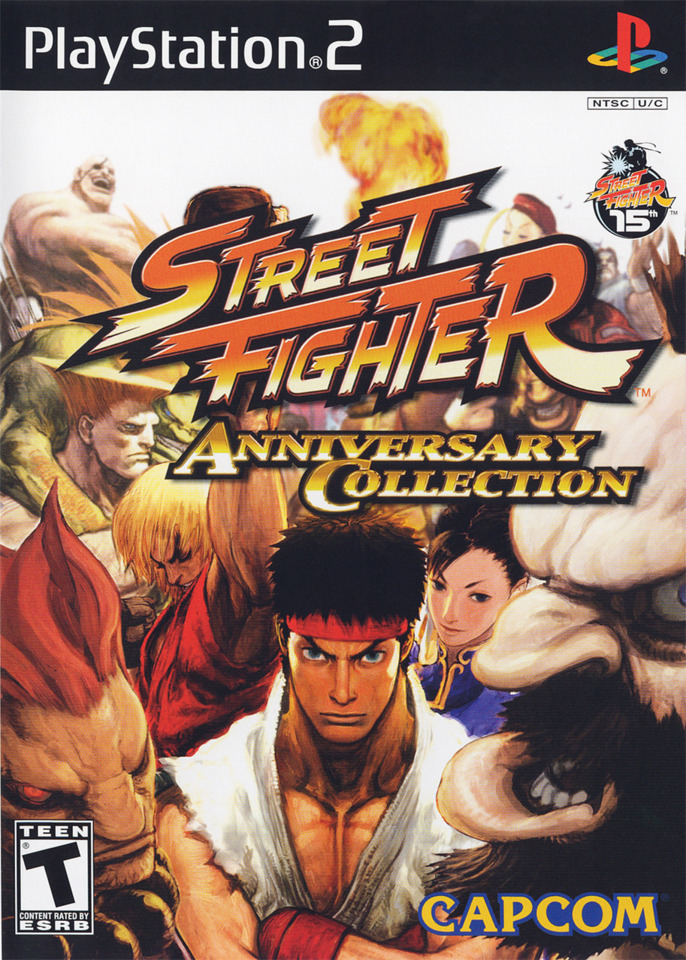 There was a time when Capcom didn't shy away from comprehensive packages. Toward the end of the PlayStation 2's life span, Capcom released two Mega Man collections (Mega Man Anniversary Collection and Mega Man X Collection) and two Street Fighter Collections (Street Fighter Anniversary Collection and Street Fighter Alpha Anthology). All four of these products went on sale at price points lower than the industry standard, packing an array of titles too numerous to detail in a single paragraph. There were no figurines or soundtracks, just the games and a manual. Capcom even went to the effort to create Hyper Street Fighter II: The Anniversary Edition, a version of the game that let you choose from all versions of the characters that were in the five arcade variants of Street Fighter II. It wasn't an authentic reproduction of the arcade games, but it was thoughtful, and the effort alone is admirable.

Another example of Capcom doing an anniversary collection proper justice came about in September 2011 with the release of the Resident Evil 15th Anniversary Collection in Japan. Inside the box were the original PlayStation versions of 1-3 plus the HD Revival versions of Resident Evil 4 and Code Veronica X, alongside modest extras including two soundtrack discs, stickers, and a pair of pins. Even though Resident Evil 5 wasn't included, Capcom did leave extra space in the package for the game, should you own it. In the case of this anniversary set, the lack of gimmicky extras is overshadowed by the inclusion of games that actually matter to fans of the series. It doesn't matter that the versions of 1-3 are PlayStation discs. In a way, it's respectable that Capcom would reprint discs for such dated hardware. The best part is the price, which at 7,800 yen is just shy of $100.

I would gladly pay $200 for every version of Street Fighter I-IV, and Alpha…

Capcom isn't the only company guilty of phoning in an anniversary package "for the fans." One example that stands out is Nintendo's botched Super Mario All Stars 25th Anniversary release for the Wii in 2010. Nintendo simply ported the original ROM to the Wii. It didn't even include Super Mario World, which was available in the second iteration of Super Mario All Stars on the Super Nintendo Entertainment System. Fans were justifiably upset. The plucky plumber they grew up with was treated like a check just waiting to be cashed.

Amid all of the flack Capcom has taken for Street Fighter X Tekken, what better opportunity than this milestone anniversary to appeal to its fan base and reclaim those jaded and tired detractors who've moved on? There's so much more it could have done with this set, and if the emphasis had been on the games, it would have been a great opportunity to give the fans an awesome product, show due respect for one of its cornerstone IPs, and possibly reverse the downward trend in its reputation as the developer and curator of one of the industry's greatest series.

Are you a Street Fighter fan and planning on purchasing the Street Fighter 25th Anniversary Set? Do I sound like a nostalgic old toad who's stuck in the past? Let us know in the comments. If you're like me, I encourage you to stand up for the series you love, not the publishers who hold the rights to their release. If there are enough gamers who share my opinion, then hopefully we can convince Capcom to correct the errors of its ways by the time the 30th anniversary rolls around in 2017. 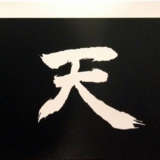 There are 192 comments about this story
Load Comments (192)