Netflix promises that it will be worth the wait.

Stranger Things Season 3 won't be out this year, Netflix has announced. Netflix programming boss Cindy Holland said at a Television Critics Association event that the hit sci-fi show won't return until 2019. The wait will be worth it, though, Holland said.

"It's a handcrafted show," Holland said, according to EW. "The Duffer Brothers and Shawn Levy--they understand the stakes are high. They want to deliver something bigger and better than last year. I think it's going to be a fantastic season. It will be worth the wait."

Holland added that Season 3 will have more special effects than the previous two. This is part of the reason why Stranger Things won't be back until 2019. "It's a really exciting season, just takes a little more time," Holland explained.

Ahoy! Something is coming... to Hawkins, Indiana! pic.twitter.com/BI4wFRVzvB

Producer Shawn Levy recently revealed that Season 3 will be set in the summer of 1985, following the previous seasons which were set a year apart in '83 and '84 respectively. At least two new cast members are joining the show for Season 3, including Carey Elwes and Jake Busey. Busey will play Bruce, who is a "corrupt and sexist news reporter," while Elwes is Mayor Kline, a "slick and self-serving politician."

Season 3's story emphasis is expected to shift away from Will. "We're going to give Will a break," Levy said previously. "We're not going to put Will through hell for a third season in a row. He'll be dealing with stuff, but he won't be at rock bottom the way we forced the amazing Noah [Schnapp] to play."

For more on Stranger Things, check out GameSpot's theories about Season 3. 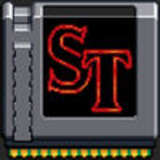