You'll be able to wipe out basically all of civilization with the expansion.

Strategy game Stellaris is giving you even more ways to explore the vastness of space and control it how you see fit. The expansion Stellaris: Nemesis is out on April 15, and it gives you the power to literally end all life in the known universe.

Stellaris: Nemesis features a “destabilizing galaxy,” with several paths to power and peace available to choose from. These include a role as “Galactic Custodian,” where you can persuade the powers that be to give you emergency abilities in order to restore order. It’s up to you to decide whether to relinquish these powers once the conflict is solved, and you can use new ship sets to make your fleet look particularly imposing.

If you prefer something a bit more sinister, you can also become a merciless empire that can eventually “unleash enough power to stop all of existence,” which sounds like it could make for a unique endgame. You can use espionage to learn about your enemies’ secrets in order to come up with a plan, even instigating incidents to make them look bad and secretly consolidate your own power. It’s certainly a dastardly way to grow your influence, especially if your true motives aren’t discovered until it’s too late.

Alongside the expansion release date, Paradox Interactive also announced that Stellaris: Console Edition will be getting the Lithoids rock species on March 25. The news came as part of the Paradox Insider livestream presentation, which also featured information and gameplay from several of Paradox Interactive’s other biggest franchises. 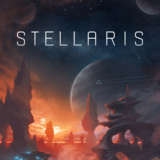