A new game called Steelrising gives a look at the French revolution through an alternate, steampunk lens. The Nacon Connect 2021 event showed off a new trailer for the game from French development studio Spiders, providing a closer look at the combat. It's slated for release in June 2022.

In Steelrising, you play as an automaton guard for Marie-Antoinette called Aegis, and you'll battle through an array of mechanized enemies roaming the streets of an alternate-history Paris. The trailer shows Aegis fighting through enemies with dual-wielded blades, war fans, and even a nifty-looking mechanical folding shield.

Steelrising was teased for release on PC, PS5, and Xbox Series X|S. Spiders is most recently known for having developed Greedfall, an action-RPG released in 2019. 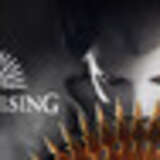