One of the best games in recent memory is on sale for $14; plus, you can save big on Devolver Digital's eclectic game catalog.

Disco Elysium: The Final Cut is one of the best RPGs in recent memory--and now you can pick it up for the lowest price we can recall on Steam. The highly-rated narrative RPG is down to just $14, down from its list price of $40. If you haven't yet experienced the grim detective title, there's never been a better time. In addition to the great deal on Disco Elysium, you can also save big on a bunch of Devolver Digital games. 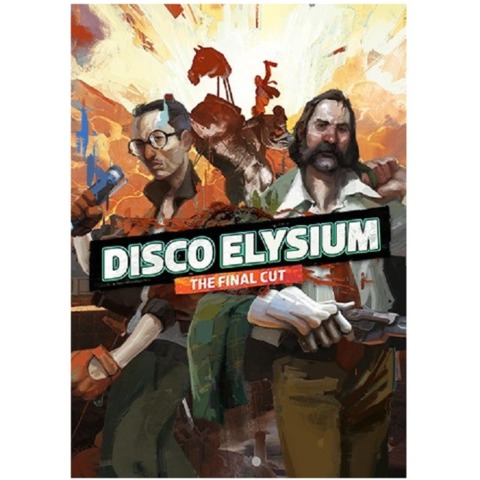 Steam's impressive deal will only stick around until May 11, so be sure to swing by and cash in on the savings while you can. For those unfamiliar with Disco Elysium: The Final Cut, the game sees you stepping into the shoes of a detective as you explore a dystopian city. You'll have access to a robust dialogue system that lets you interrogate NPCs and gather important information about your missions, along with plenty of upgradeable skills to keep things interesting. Whether you decide to be awful toward citizens or help them out of a bind is up to you--Disco Elysium offers you a level of freedom that is truly incredible. Along with its bar-raising user-choice gameplay, Disco Elysium features some of the best writing you'll find in games. $14 is a ridiculously low price for a modern masterpiece.

Our review gave the game a 10/10, largely due to its unique narrative and high-quality writing. "Disco Elysium is easily one of the best-written games I've ever played," wrote critic David Wildgoose. "There's a swagger and a confidence here that's rarely seen. There's a masterful ability to transition from drama and intrigue to absurdist comedy and pointed political commentary in the space of a few sentences."

If Disco Elysium doesn't catch your eye, plenty of Devolver Digital games are on sale through May 16. The full catalog can be found on Steam, but here are some of our favorites.

See all deals on Steam