Source: US Patent and Trademark Office filings spotted by "net-sleuthing blog" Superannuation. What we heard: In August 2007, Warhawk made its long-awaited debut on the PlayStation 3. Eagerly anticipated since it was unveiled at Sony's E3 2005 press briefing, the sequel to the 1995 PlayStation... 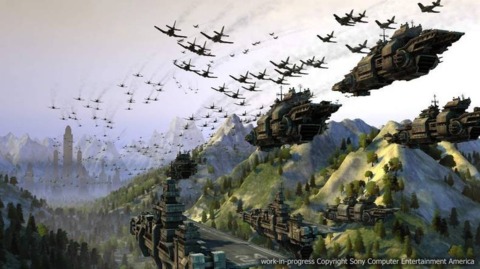 What we heard: In August 2007, Warhawk made its long-awaited debut on the PlayStation 3. Eagerly anticipated since it was unveiled at Sony's E3 2005 press briefing, the sequel to the 1995 PlayStation classic was well received by critics despite being multiplayer-only. The subsequent 20 months saw developer Incognitio update its PS3 exclusive with several booster packs and the Warhawk Command Center in PlayStation Home.

Now, a new US trademark application has raised speculation that an even more futuristic sequel to the high-tech air-land combat game could be in the works. As first spotted by Superannuation, Sony Computer Entertainment America has filed an application with the US Patent and Trademark Office for a trademark for the title "Starhawk" for use in "computer game software and video game software" and "operating a real-time game for others over global and local area computer networks." Though no other further details were given on the Starhawk trademark, Superannuation did spot another title that SCEA is attempting to lock down--Dominion--for use in the same game-related areas. 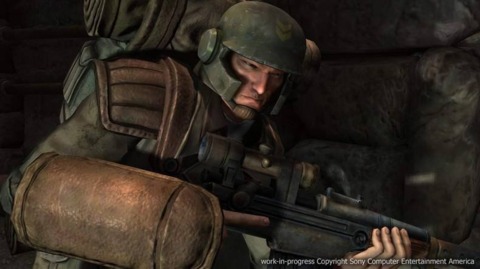 Although Dominion could be any number of things--a PlayStation Network adaptation of the card-based strategy game among them--the uses for the Starhawk title are more limited. Considering that Warhawk is a planet-bound shooter with an emphasis on air combat, a space-combat adaptation of the game seems like a natural extension that would fit under the new trademark.

The official story: "There's nothing to announce about those trademarks at this time." --Sony rep.

Bogus or not bogus?: Given Warhawk's position in the Sony pantheon, an expanded sequel seems likely. However, whether Starhawk is a proper follow-up--or a spin-off--remains unclear. 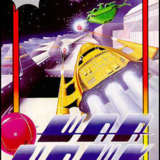