Starhawk dev lays off half its staff

LightBox Interactive confirms it has laid off 24 staff as part of shift towards making games for iOS devices.

Starhawk developer LightBox Interactive has laid off half its staff as part of a shift toward developing games for iOS devices. Company president Dylan Jobe confirmed to Gamasutra that 24 of the studio's 45 employees will be let go effective Friday.

"The reason for the layoffs is a strategic shift in our product development as we move forward with a very focused and self-funded team to bring our next game to iOS devices," Jobe said.

The studio was founded in 2009 out of the ashes of Incognito Entertainment (Warhawk, Twisted Metal). According to Jobe, LightBox remains "very close" with Sony following the layoffs.

The third-person shooter Starhawk released in May this year to a positive critical reception, but was not one of the month's top ten titles in the United States, according to NPD data. 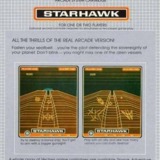