Renowned RTS and 3D fighting games to be used for tournament.

It was only a matter of time before the World Cyber Games 2011 tournament unveiled its gaming lineup for competitive players around the world to contest with. According to a recent press release from the WCG's official website, the WCG 2011 will feature nine game titles from different genres. Tekken 6 will be one of those games, representing the fighting game genre for the tournament.

Other titles included are Starcraft II: Wings of Liberty, World of Warcraft: Cataclysm, Warcraft III: The Frozen Throne, FIFA 11, and League of Legends. Counter-Strike 1.6, Crossfire, and Special Force will be representing the first-person shooter genre for the tournament.

The WCG 2011 tournament date has yet to be announced. 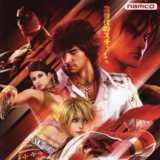