Star Wars: Trials on Tatooine will be available on Vive from July 18, HTC has announced. The VR experience, which is playable at Star Wars Celebration, will be available to Vive owners for free through Valve's Steam store.

"Developed under the guidance of Rob Bredow, Lucasfilm's chief technology officer, and co-written by Bredow and Star Wars canon-keeper Pablo Hidalgo, Trials on Tatooine allows you to truly step into the Star Wars universe for the first time," reads a press release. "Now anyone with a Vive can pick up a lightsaber and help defend a galaxy far, far away."

A trailer for Trials on Tatooine first leaked in March and showed an impressive "cinematic virtual reality experiment" developed by Industrial Light and Magic, the studio behind the special effects in the Star Wars series.

As shown in that trailer, Trials on Tatooine will let players use the Vive controller to wield a lightsaber. Players take control of a Padawan helping Luke Skywalker rebuild the Jedi Order, following the defeat of Darth Vader and the Emperor.

In other Star Wars VR news, Sony is partnering with EA to bring a Star Wars Battlefront to its PlayStation VR. The PlayStation 4-powered VR headset will cost $400 in North America, €399 in Europe, and £349 in the United Kingdom. It is scheduled for launch in October 2016. 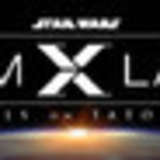