Star Wars Galaxies Final Thoughts: The End of an Era

Out with the old and in with the new, you might say. The launch of Star Wars: The Old Republic has garnered much of the gaming world's imagination, but BioWare's online role-playing game was not the first massively multiplayer game to take place long ago, in a galaxy far, far away. We chatted with Star Wars Galaxies producer Tony Tyson, who looks back on his own game, which came to a close just last week, December 15.

GameSpot: Now that Star Wars Galaxies has come to an end, what are you most proud of accomplishing?

Tony Tyson: We are most proud of the integration of the Galactic Civil War into the game. Through battlefields, city and space invasions, and the leaderboards, we were able to make everyone feel like they were immersed in a galaxy-wide war. We also worked the GCW into the game's finale, where we were able to crown an ultimate winner.

GS: Not all of the changes made to the game were greeted warmly by the player base. Would you have done anything different?

TT: If we had to do it all over again, we would have waited another year before launching to make sure the ground and space games launched together. We also would have encouraged more in-depth discussion with the community surrounding the idea of any game modifications.

GS: Describe your emotions. What's it like to say good-bye to a game you have worked so hard to make the best it could be?

TT: Working on an MMO is almost as exciting as playing one. The players are

"If we had to do it all over again, we would have waited another year before launching…"

what make working on these games fun. We really enjoyed interacting with the players on the forums and getting to meet them in person at the SOE Fan Faires and other events. Knowing some of these players personally and seeing their emotions has been hard. Our approach was always to just keep working on the game and adding new things. In the closing months, we did a Galactic Civil War Space update and added atmospheric flight. The finale is going to be an enjoyable experience for the players as well. We want to end this game in the best way possible.

GS: Galaxies ended, but Star Wars is forever. What do you feel you contributed to the license and the lore?

TT: SWG was the first Star Wars MMO. For the first time ever, we gave players a chance to live in Star Wars. We drew inspiration from the Star Wars stories and we made contributions to it as well. Our team worked with LucasArts to introduce new characters and new stories within the fiction. One example was extending the Death Troopers storyline by involving the Nightsisters. In our Chronicles Update, we gave players the ability to write Star Wars stories themselves. So, yeah, we made lots of contributions. Oh, and the Galaxies game may end when the servers go down, but our players will keep the Galaxies stories alive for years to come. 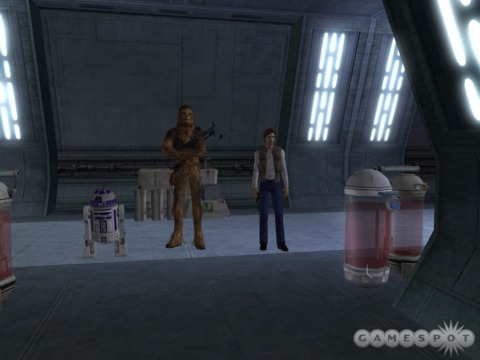 Han and Chewie were only a couple of the familiar Star Wars characters you encountered in Star Wars Galaxies.

GS: Is there anyone you'd like to thank for their involvement or support?

TT: Wow. There were so many people that were involved in this game that I cannot even begin a list. My greatest thanks would have to go to our players whose dedication made everything we accomplished possible.

GS: What words of advice might you have for a developer launching an MMOG? What have you learned that you wish you'd known from the beginning?

TT: Launching an MMO is only the beginning. Once you get it into the hands of the players, everything changes. The best advice I can give any developer is to listen to the players input. No one can understand a game better than the gamers. Listen to their input and understand that a game is what the players make of it.

GS: Thanks so much for taking the time to talk with us. 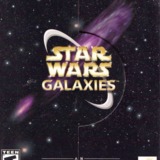