Last year, LucasArts launched Star Wars The Clone Wars, first as a feature-length film and then as an animated series on the Cartoon Network. To help promote those extensions of the Star Wars universe, the publisher also released two similarly themed games for Nintendo's platforms, Star Wars The Clone Wars: Lightsaber Duels for the Wii and Jedi Alliance for the DS.

Today, LucasArts confirmed that a new bout of Clone Wars has flared up, and the battle has replicated onto a rash of new platforms. Titled Star Wars The Clone Wars: Republic Heroes, the new game will be available on September 15 on the Xbox 360, PlayStation 3, PlayStation 2, PSP, Wii, DS, and PC. As with the last year's Wii game, Republic Heroes is in development at Krome Studios.

According to LucasArts, the game will offer 30 missions that serve as a lead-in to the second season of Star: Wars The Clone Wars. Bounty hunter Cad Bane and a Skakoan supervillain Kul Teska will serve as the antagonists in Republic Heroes, with players assuming the roles both of Jedi Knights and clone troopers to halt their nefarious machinations. The Xbox 360 and PS3 editions of Republic Heroes will support two-player online and offline co-op play, with players able to drop in and out of games on the fly.

LucasArts also noted that the DS edition of the game will differ from other versions, and is in development at LucasArts Singapore. According to the publisher, Republic Heroes on the DS will follow the first season of the Cartoon Network show, and includes touch-screen controls for movement, attacks, and puzzle-solving. 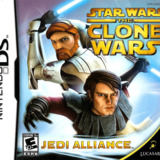