Sources say development on LucasArts' action shooter has been frozen since Disney acquired the Star Wars brand in October.

Three independent sources have told Kotaku that development on Star Wars 1313 has been frozen since Disney acquired the Star Wars brand in October. As a result, the action shooter could miss this year's Electronic Entertainment Expo and slip into 2014, they said.

This contradicts comments from LucasArts at the time of the Disney acquisition. A representative said at the time that development on all projects continued unabated.

Asked about the status of Star Wars 1313, a LucasArts representative told the site that the game is not canceled, but would not say more.

"LucasArts has been working diligently to take advantage of the tremendous opportunities that the new Star Wars movies present," the company said. "Star Wars 1313 continues production."

Kotaku's sources also provided new development details on Star Wars 1313. The game was reportedly conceived in 2009 as a tie-in to a live-action Star Wars television show that was to be set between the original Star Wars films and the prequel movies. The game was called Underworld at the time, the sources said, noting it would feature adult themes.

The sources added that Underworld/Star Wars 1313 was originally planned as an open-world role-playing game in a similar vein to BioWare's Knights of the Old Republic series. Episodic character updates were to be delivered through regular downloadable content expansions.

This game was scaled back in 2010 due to budget concerns, the sources said, and was rewritten with a plot not related to the TV show. It was also at this time that LucasArts was reportedly looking to reinvent itself and was considering Star Wars spin-offs in new genres. The company was supposedly considering a Star Wars version of FarmVille and a Call of Duty-esque first-person shooter code-named Trigger.

The report goes on to detail a 2011 or 2012 meeting where Star Wars creator George Lucas saw Star Wars 1313 and "loved" it. He also reportedly told developers to have the game answer questions like "Who is Boba Fett?" and "Why was Han working for Jabba?" and "Who were the Bothan spies?"

The game's last public showing came eight months ago during the 2012 Electronic Entertainment Expo in June. 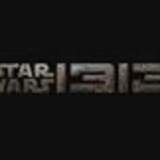