One man's junk is another's treasure, as the saying goes. Coming up barren on the name recognition, this week's Wii Virtual Console update comprises a trio of games that may appeal to the nostalgia-seeking sect. Available this week are Star Soldier from the Nintendo Entertainment System, Dynamite Headdy from the Sega Genesis, and Drop Off from the TurboGrafx-16.

Though Star Soldier is the first installment in Hudson's Soldier series, it is the fourth to make it to the Virtual Console, behind Super Star Soldier, Soldier Blade, and Blazing Lazers. In this vertically scrolling shoot-'em-up, players zip through 16 stages while blasting hordes of enemy spaceships and acquiring power-ups for increased firepower, speed, and defense. Originally available for the NES, Star Soldier is rated E for Everyone and costs 500 Wii points ($5).

One of the more unusual titles in the Genesis' library, Dynamite Headdy is a platforming action game from Treasure Co. and was first released in 1994. In the game, players assume the role of a puppet named Headdy as he sets out to defeat the evil puppet king Dark Demon, using only his detachable puppet head as a weapon. As the game progresses over a series of scenes, players can find more than 15 different heads to fire off against a number of different enemies and bosses. Dynamite Headdy is rated E for Everyone and can be downloaded for 800 Wii points ($8).

Hudson's Drop Off rounds out this week's list of Virtual Console games. Drop Off plays much like Atari's classic Breakout game, where players control a horizontally scrolling paddle to bust up blocks suspended from the top of the screen. Adding a slight twist to the classic gameplay, players can aim for joining blocks to knock down multiple strings at once. As with many classic games, it combines fairly simple puzzling action with an absurdly overwrought storyline full of nightmarish dreams, evil demons, epic heroes, and damsels in distress. Drop Off is rated E for Everyone and is available for 600 Wii points ($6). 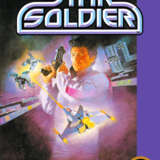