Crowdfunding campaign for PC space sim from Chris Roberts hits yet another milestone.

"We've done it again!" Chris Roberts exclaimed in a new blog post on his website about the crowdfunding campaign for PC space sim Star Citizen, which reached an astounding $40 million last night. This is up from $39 million just over two weeks ago.

Roberts said the $40 million number "would have been an impossible dream" when the campaign originally went live in October 2012. But indeed it's real and Roberts said he owes everything to the fans.

"I'm constantly amazed by the continued support we receive and how this community manages to grow every day," Roberts said. More than 10,000 new backers have supported Star Citizen since the end of February. Funding currently stands at $40,043,740 from 405,834 total backers.

"Some say that space sims are niche," Roberts said. "I'm not so sure!"

Now that funding has reached $40 million, players have unlocked the final backer-voted star systems: the Kabal System and the Oretani System. You can read more about these systems on the game's website.

If funding reaches $41 million, Star Citizen developer Cloud Imperium Games will add procedurally generated content to the game. If support climbs to $42 million, developers will--paying homage to The Hitchhiker's Guide to The Galaxy--add a "Galactapedia" to the game.

"The Galactapedia isn't a simple wiki or a static how-to guide: it's going to integrate directly into the game universe and respond in real time as players steer the course of Star Citizen's world," Roberts said. "We envision making the news with an impressive feat in the Galactapedia as a major goal for many players: if you're the one who finally defeats the Dread Pirate Roberts, charts a new Jump Point, or makes the Advocacy's Most Wanted list, your actions will become memorialized for all time in the Galactapedia! What’s more, the Galactapedia will be available both inside Star Citizen and through the RSI website."

But that's not all. At $42 million, Cloud Imperium Games will expand the website area of the Galactapedia with holographic ships and make it so items and the navigation interface appear in 3D. What's more, all supporters who back Star Citizen before $42 million will receive a mobiGlas "ExoGlas" rig, which can be used to access the Observist at any point. On top of that, if funding hits $42 million, players will have access to the Aegis Dynamics Gladis-class light fighter and a Towel for their hanger.

"Remember that our stretch goals are examples, ways of showing you how we are improving the game with the additional funding and ways to thank you for your early support," Roberts said. "The full impact of each additional dollar is actually felt across the board."

Star Citizen is already the most successful crowdfunded project in history from a dollars perspective, easily surpassing the next closest competitor: the Pebble Watch ($10 million).

To put Star Citizen's new funding milestone into context, Epic Games revealed in 2006 that development on the original Gears of War cost $10 million, while Tim Schafer's 2008 action game Brutal Legend had a budget of around $25 million.

Star Citizen is due to launch in full sometime in 2015. 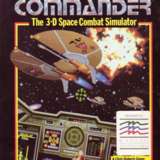