A few sketchy details emerge regarding Dragon Quest Monsters: Joker; Hori, Toriyama, Sugiyama all on board.

For now, only a few details have been disclosed. The game will be released on the Nintendo DS and will support Wi-Fi and DS wireless play. Beyond this, according to Goo Games, Square Enix is tapping some of its best talent for the title. The game is to be directed by Yuji Hori, with character design by Akira Toriyama of Dragon Ball fame, while the soundtrack will be written by series composer Koichi Sugiyama.

The exact date and suggested retail price for Dragon Quest Monsters: Joker are still to be announced. 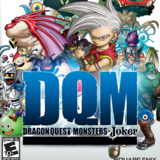