Square Enix president Yoichi Wada has resigned from the company.

Yoichi Wada, whose long-running career in the games industry saw him become Square Enix president in 2000, will be replaced by Yosuke Matsuda. Wada will also no longer serve as a representative director to the company, though it was not said if he was leaving Square Enix entirely.

The resignation follows the announcement that the company expects to make an "extraordinary loss" in revenue for the current financial year, ending March 31.

Slow sales of titles in America and Europe are the problem, said Square Enix. The publisher's most recent title was the critically successful reboot of Tomb Raider, and in 2012 it released Hitman: Absolution, Sleeping Dogs, Quantum Conundrum, and Heroes of Ruin.

The performance of these titles has triggered Square Enix to undergo major restructuring of its development policy, organisational structure, and business models. Due to the costs of this restructuring, Square Enix expects to post a loss of 10 billion yen for the financial year ending March 31.

Right now Square Enix is working on Lightning Returns: Final Fantasy XIII and HD versions of Final Fantasy X and X-2, and promised a new Final Fantasy announcement at E3 2013. The company also recently revealed Eidos Montreal's next-gen Thief reboot, which is due for release in 2014.

Matsuda has been working for Square Enix since 2001, when he joined the company as a senior vice president. His promotion to president is subject to a resolution by Square Enix's board of directors, who will convene after the company's 33rd annual general meeting of shareholders in June. 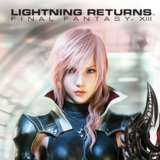 There are 776 comments about this story
Load Comments (776)