Questionnaire in new GBA game asks players which classic games they would want to see on the Nintendo DS.

TOKYO--Square Enix is contemplating porting a number of classic Square games to the Nintendo DS. According to early purchasers of Final Fantasy I & II for the Game Boy Advance in Japan, a questionnaire postcard included with the game asks the customers which game they would most like to see appear on Nintendo's upcoming handheld device. Available options were Final Fantasy III, Final Fantasy IV, Final Fantasy V, Final Fantasy VI, Seiken Densetsu, the Saga series, Front Mission, Chrono Trigger, Hanjuku Hero, and the Chocobo series.

Interestingly, the Final Fantasy titles that were released on the Super Nintendo, namely IV, V, and VI, were all grouped into a single check box on the questionnaire form. Final Fantasy III, which was released on the original Nintendo, was given a check box of its own. No Enix games, such as Dragon Quest, appeared on the form, though there was an area to write in a game not on the list. 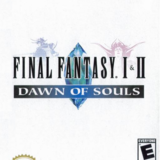