Spyro The Dragon Remaster For PS4 Coming This Year - Report

Time to collect some gems.

The early games in the Spyro the Dragon series are in line for a remaster set to launch later this year, according to a new report. They'll apparently be released exclusively for PS4 at first, with the possibility of other platforms later.

Sources speaking with Kotaku have indicated that the original Spyro trilogy--Spyro the Dragon, Ripto's Rage (known as Gateway to Glimmer in Europe and Australia), and Year of the Dragon--is being remastered by Activision. The site says this project will be in the same vein as last year's Crash Bandicoot N. Sane Trilogy, with improved visuals (including new assets), a remastered soundtrack, and other enhancements. The same studio that worked on that project, Vicarious Visions, is said to be putting together the Spyro remaster.

It's noted that the trilogy could include content that was cut from the original games. Exactly what form that would take is unclear, but N. Sane Trilogy received the infamous Stormy Ascent level that was previously only accessible with a GameShark or emulator.

According to Kotaku, the project is set to be announced next month and then released during the third quarter of 2018 (which runs from July through September). It'll be available exclusively on PS4 (with PS4 Pro support) before launching on other platforms after that--an arrangement that's said to be the same with N. Sane Trilogy. To date, no ports of that remaster have been announced, though there have been rumors of an Xbox One release. Activision has publicly said that, given N. Sane Trilogy's success, more remasters are likely.

This September marks the 20-year anniversary of the original Spyro's release on PS1. That game, as well as the subsequent two that will be included in this remaster, were developed by Insomniac Games, the studio that would go on to create Ratchet & Clank, Resistance, and Sunset Overdrive. Later entries in the series were handled by other studios, with the biggest recent success being the spin-off Skylanders series. 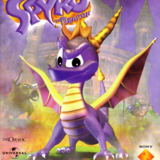